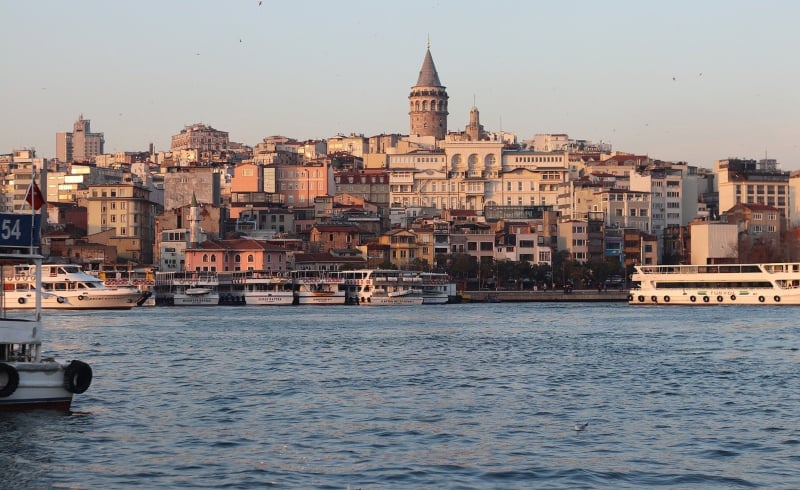 By Doga Celik and Arzu Geybullayeva

Turkey has been hit by a series of natural disasters and environmental crises in recent months. Drought in Lake Van caused thousands of flamingoes to die in July, while a substance called “sea snot” covered the coasts of the Marmara Sea for months, making the seashore unusable. Last month, some 240 wildfires raged through Turkey’s southern coast. Shortly after the fires, the Black Sea region — particularly the cities of Bartın, Kastamonu, Sinop, and Samsun — were hit by flash floods and mudslides because of torrential rain. As a result, 112 villages in Kastamonu and 86 villages in Sinop were left without electricity, while six bridges reportedly collapsed, and the region’s roads were left in ruins. More than 2,000 people have been displaced and relocated due to the floods. Disaster and Emergency Management Presidency (AFAD) announced that 8,000 personnel, 20 rescue dogs, and a fleet of helicopters were looking for injured people and survivors. According to the most recent information, 82 residents died, with 16 still missing as of August 27.

This is how everything started, may God protect us.

While climate change and excessive rain played a role in the most recent devastating floods, some experts claim that incorrect dam placement and excess construction near the stream beds contributed to the floods. Earthquake expert and geology engineer Ramazan Demirtaş told Birgun newspaper in an interview that:

If we confine a 400-meter-wide stream bed into 15-meters, and if the water also rises by 7–10 meters, the result is a natural disaster. It is the humanity that directly narrowed the stream bed and opened the bed to development and construction that is the culprit. Let’s not blame it on the excessive rainfall as if it’s unprecedented in history. An artificial dam was formed with buildings built alongside, and the flood caused by torrential rain made the situation worse.

Other experts say the disasters and their consequences are political. In an interview with France 24, water and climate policy researcher Gokce Sencan said:

I don’t see Turkey having any comprehensive and holistic climate change policy that addresses everything in an interconnected way. You cannot separate food security issues from energy security issues, and food prices from the issue of drought.

During his visit to Bozkurt, one of the areas worst hit by floods, President Erdogan promised to help the area recover as quickly as possible:

Hopefully, we will rise from our ashes again. We can’t bring back the citizens we lost, but our state has the means and power to compensate those who lost loved ones.

But improving Turkey’s disaster response is not only about delivering assistance, rebuilding flood-damaged cities, and replanting forests that were burned to the ground. Turkey is among a handful of countries that is yet to ratify the 2015 Paris Agreement, which many environmentalists have criticized in the wake of the disasters. “This is the first step. We must become a part of the global fight against climate change,” said Greens of Turkey Party spokeswoman Emine Ozkan in an interview with France 24. Ankara says the reason it has not signed the agreement is because of unfair classification. Turkey is ranked as a “developed” country which prevents it from seeking funding, unlike countries ranked as “developing.”

“Instead of committing to a reduction of carbon emissions, it increased its global share up until 2018. The government continues to encourage coal mining and has been recklessly promoting construction in coastal areas, often at the expense of forest land and natural ecosystems. Recently, the government changed the long-standing law that prohibits construction and development in forest land to allow building in some parts,” wrote journalist Asli Aydintasbas in a piece for The Washington Post on August 4, 2021.

A bigger and looming disaster

In light of recent natural disasters and weak governmental response, many are questioning whether the government is prepared to handle its worst disaster yet — a possible earthquake in Istanbul, Turkey’s largest city and economic hub.

Fires rage as they do because firefighting capabilities have been gutted. Floods turn into tsunamis because of bad urban planning and poor drainage.

Turkey’s number one priority should be to get rid of these people before the big one hits Istanbul.

Turkey is located in an active seismic zone and has a history of disastrous earthquakes. The worst quake occurred in Erzincan in 1939 when a 7.9 magnitude earthquake left almost 30,000 people dead. The latest major incident happened in Elazığ in 2020, leaving 1,600 people injured and 41 dead.

The most seismically active area in Turkey is the Armutlu Peninsula, South of Istanbul. According to the research released by the GFZ German Research Center for Geosciences, the Armutlu Peninsula “is an active tectonic plate boundary known to generate destructive earthquakes causing large numbers of casualties.” In 1999, a 7.5 magnitude quake killed 18,000 people and left 250,000 homeless.

The memories of that disaster still linger, and research indicates that some adults who lived through that earthquake suffer from PTSD.

This year, on August 17, Turkey marked the 22nd anniversary of that devastating earthquake. And yet, experts warn that if an earthquake of similar magnitude struck the country, even greater damage is unavoidable, highlighting the lack of governmental preparation or mitigation strategies.

A new report published by the Urban Transformation Foundation (KENTSEV) earlier this month estimates that an earthquake of 7.5 or higher magnitude would affect 6.1 million people and damage 1.8 million houses.

When forest fires broke out on Turkey’s Mediterranean and Aegean coasts earlier this month, Turkey’s president quickly dismissed pleas for help. Even after admitting that Turkey had no firefighting planes of its own, the ruling Justice and Development Party stuck to its polarizing tone and snubbed international offers of support.

But experts say this strategy is unwise — both environmentally and politically. Can Selcuki, the general manager of polling company Istanbul Economy Research, said in an interview with the Middle East Eye that his polling company is seeing more interest from voters about climate change and environmental problems. Adding that in Turkey, “the government doesn’t have a very good scorecard when it comes to the environment.”

Others like Koray Dogan, a co-spokesperson for Turkey’s Green Party, told Middle East Eye that the government is prioritizing the economy at the expense of the environment.

There is ample evidence for that, such as the massive Kanal Istanbul project or the zoning amnesty law that passed in 2018. Turkey has passed 19 zoning amnesty laws since 1948 which grants pardons (for a fee) to building contractors who fail to meet safety standards. Many of the registered post-earthquake assembly zones for tents and a humanitarian response have disappeared with the construction boom. Additionally, the AKP has so far rejected 58 motions by opposition politicians asking for an independent oversight committee to oversee building safety.

One question remains: if none of the recent environmental disasters and tragedies have made the ruling government reconsider its approach to environmental safety, then what will?

This post was previously published on globalvoices.org and is republished here under a Creative Commons license.

Samsung’s Sending Cyber Week Out With a Huge Sale on Hard Drives and Memory
Dec 02, 2022

Blog Tour and Giveaway: Beneath His Silence by Hannah Linder
Dec 02, 2022