Air Fryer Cinnamon Rolls are a quick and easy breakfast. They’re great for weekend mornings or special mornings like Christmas day! They are such a treat!

This recipe will show you how to make air fried cinnamon rolls using refrigerated dough but you can use your own homemade dough as well. Pillsbury Cinnamon Rolls get a dose of homemade using the air fryer!

Scroll down for the printable recipe card or continue reading for step-by-step directions, tips, and tricks! 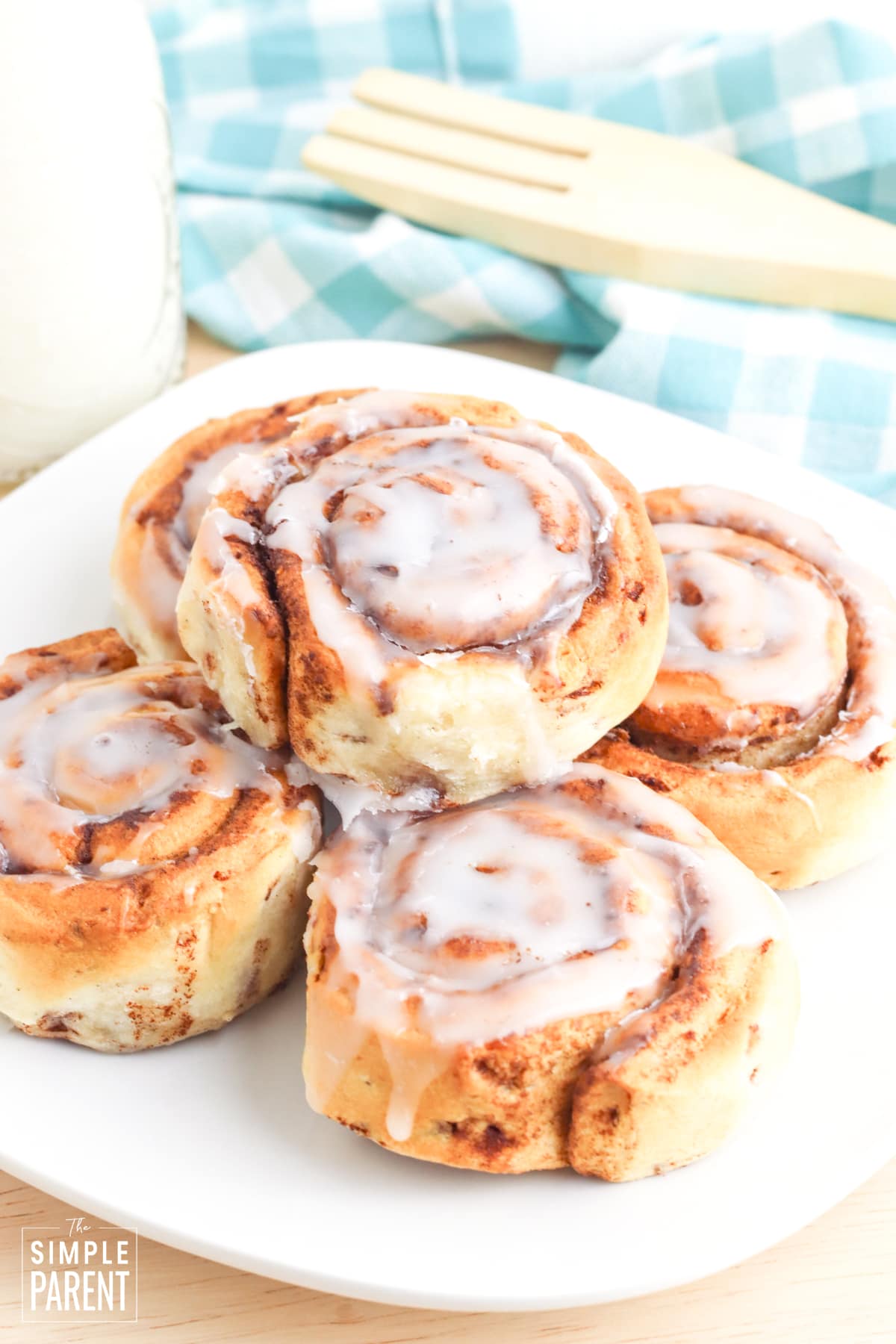 The perk is they will be done in less than 10 minutes and then you can enjoy them! Unless your air fryer model requires preheating, you’ll save time by skipping the oven and trying them air fried! 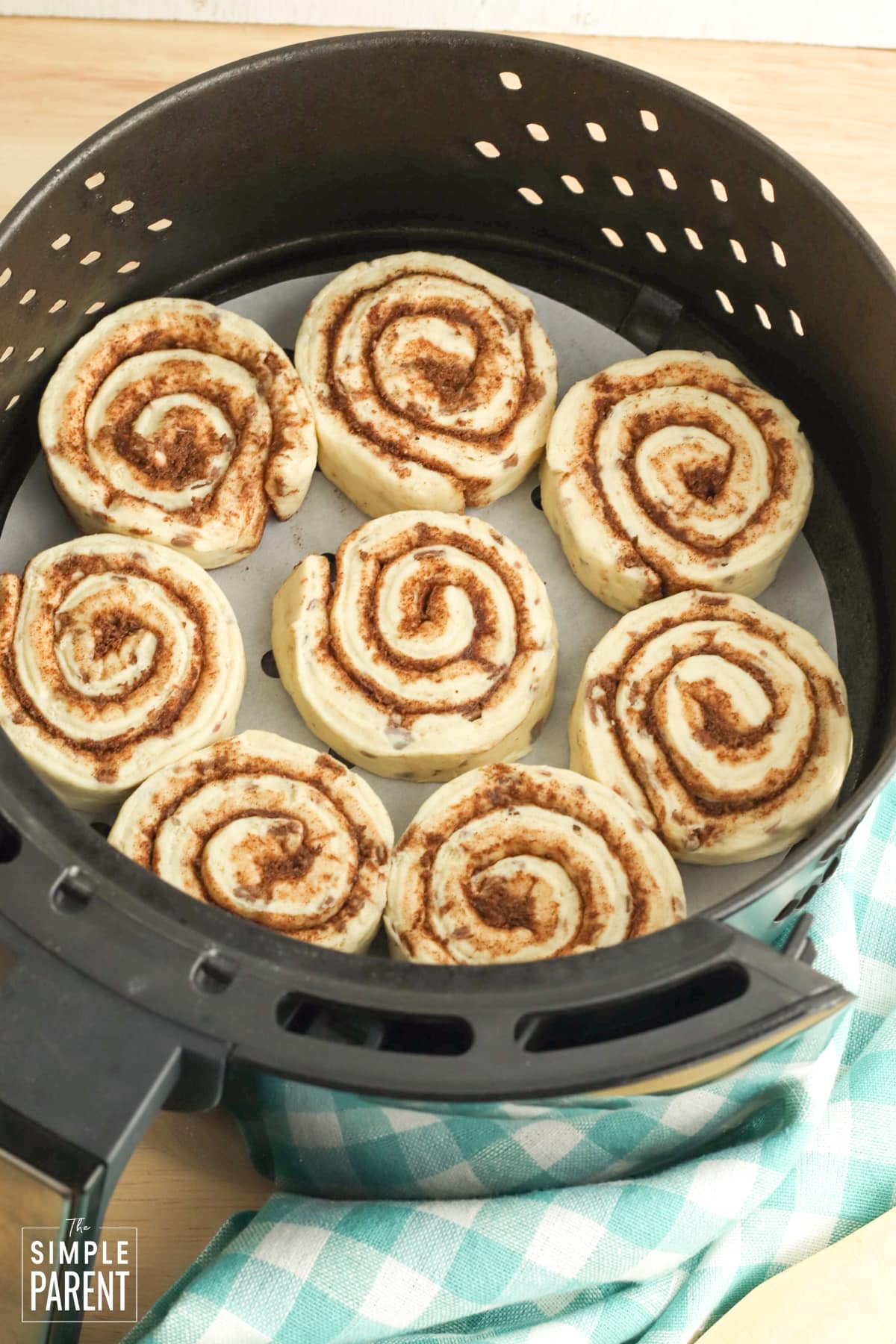 Air Fried Cinnamon Rolls are made with canned cinnamon rolls. I love these so much that I’m planning to make this recipe again soon.  It basically eliminates all prep time! The total time you need to make them is just the cooking time.

Using the air fryer to bake cinnamon rolls prevents you from needing to heat up your house with the oven. Plus, using an air fryer is easier and there is less clean up needed.

WHY MAKE CINNAMON ROLLS IN THE AIR FRYER? 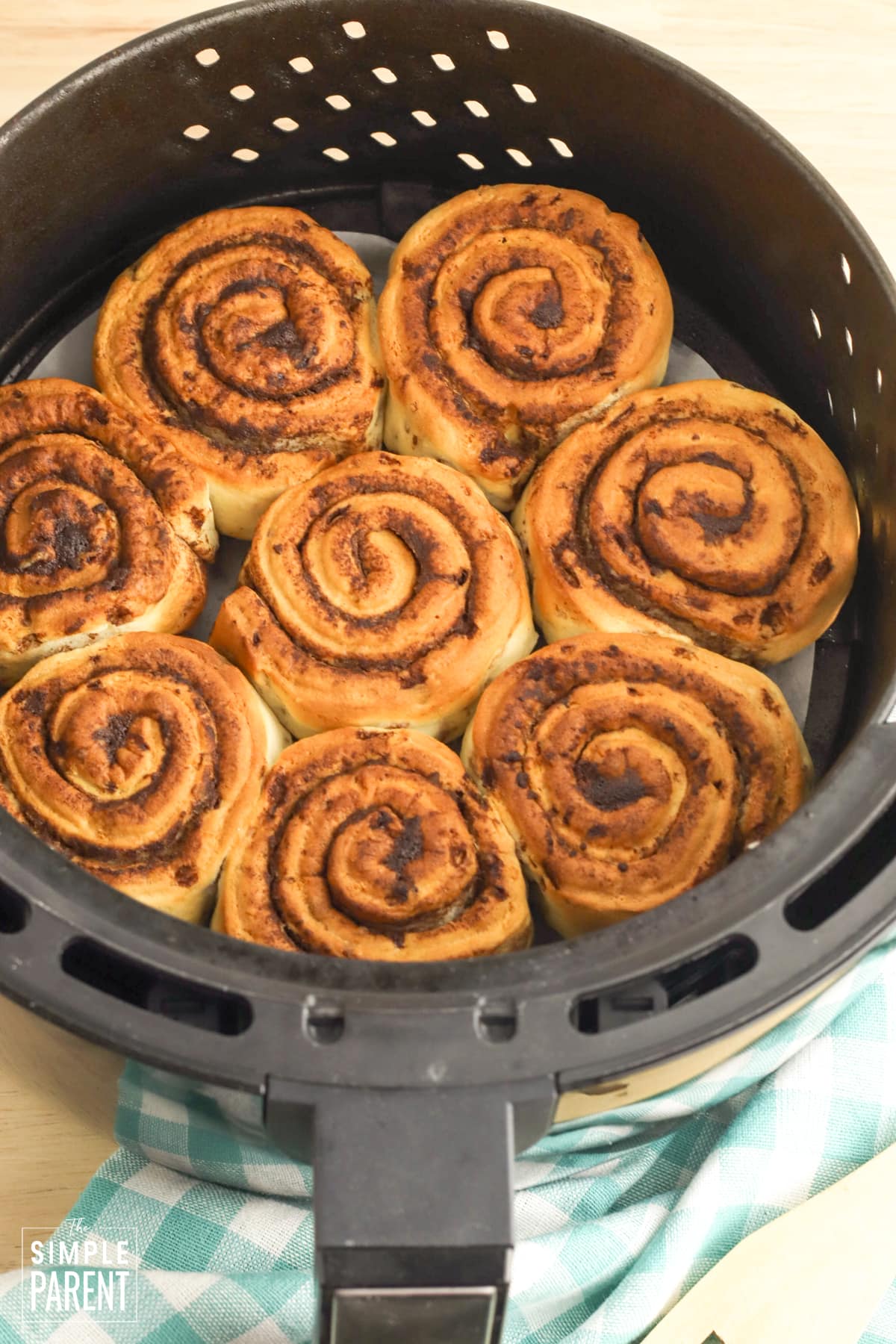 HOW TO MAKE CINNAMON ROLLS IN THE AIR FRYER

This recipe really has no prep time except the time it takes you to pop open the package and takes about 10 minutes to cook so it’s a quick sweet treat that will have you enjoying warm cinnamon rolls before you know it!

To make this recipe you’ll need the following ingredients:

I recommend using the regular-sized rolls, but you can play with different brands and types of store-bought cinnamon rolls to see how they work in your fryer. 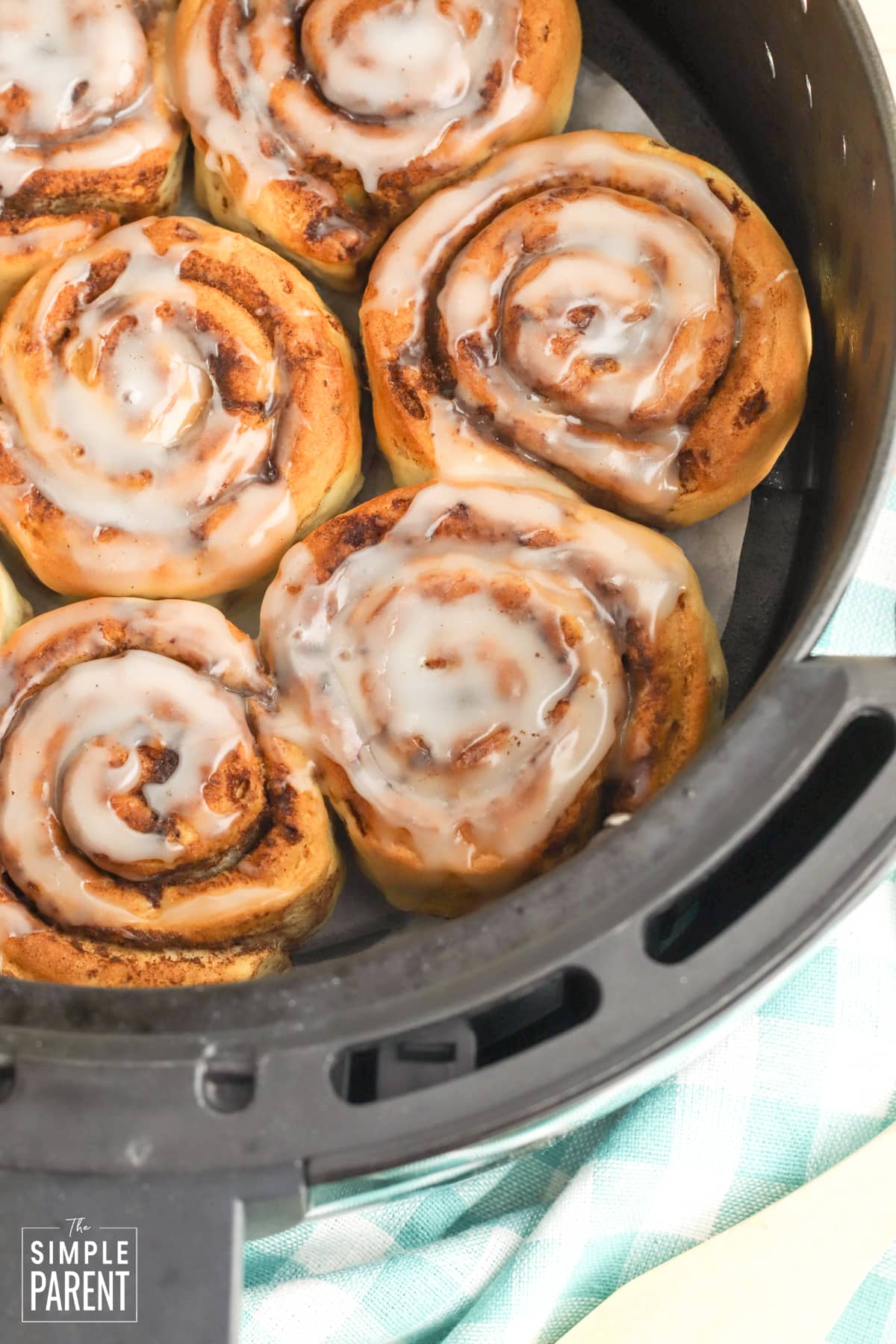 You can also customize your cinnamon rolls by sprinkling them with powdered sugar or make it fun with something like sprinkles! If you want to add a touch of homemade to canned rolls, consider making your own cream cheese frosting!

HOW TO STORE LEFTOVERS

You can store your leftover cinnamon rolls in an airtight container. You want to make sure they don’t sit out in the air or they will harden. You can store them in your refrigerator or at room temperature for 2-3 days. 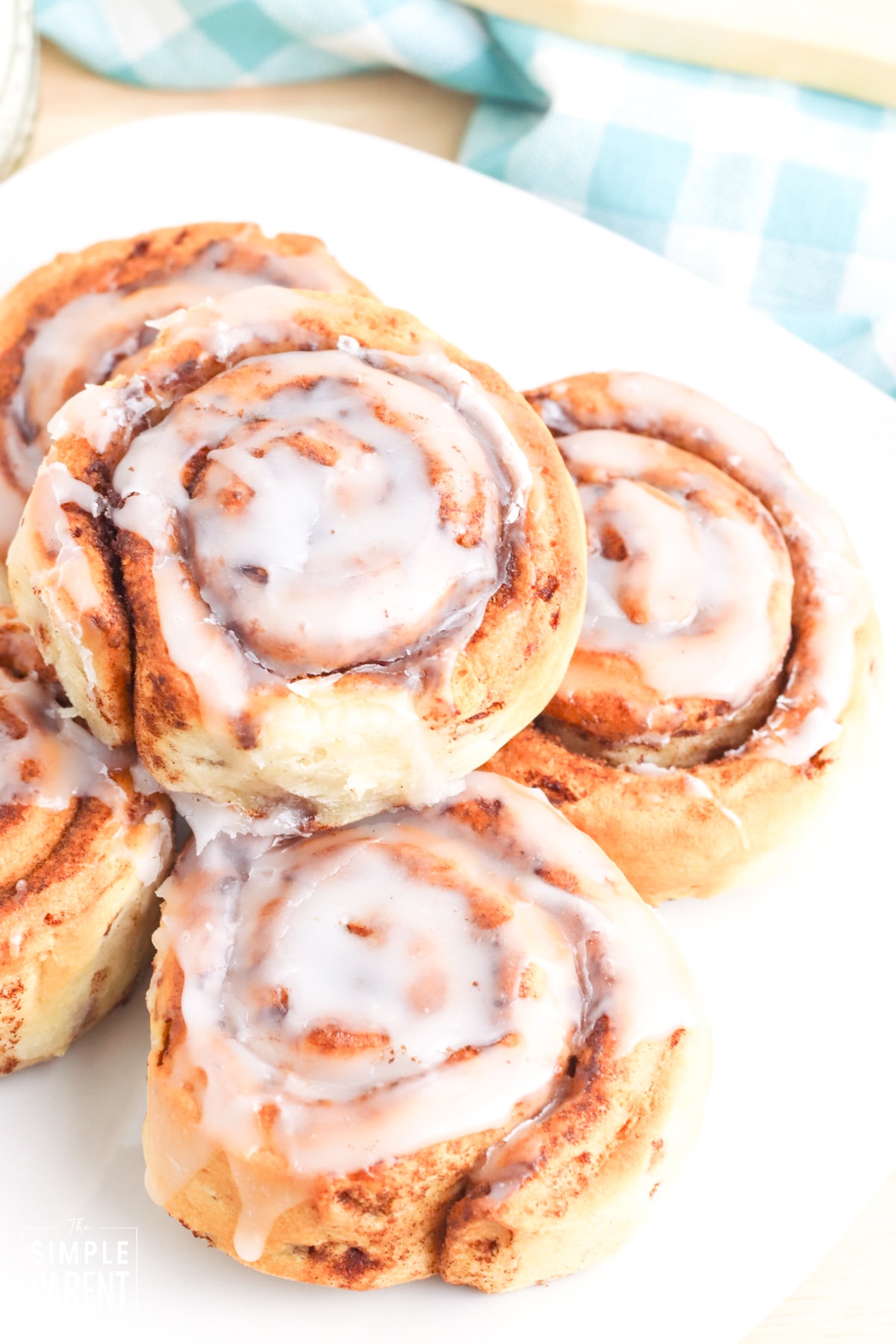 HOW CAN I REHEAT CINNAMON ROLLS IN THE AIR FRYER?

You can make a batch ahead of time and reheat in the air fryer. To reheat, place your cinnamon rolls in the basket (without the parchment paper) and set it to 400˚F for approximately 3-5 minutes or until they are warm.

HOW MANY CINNAMON ROLLS WILL FIT IN AN 8 QT AIR FRYER? 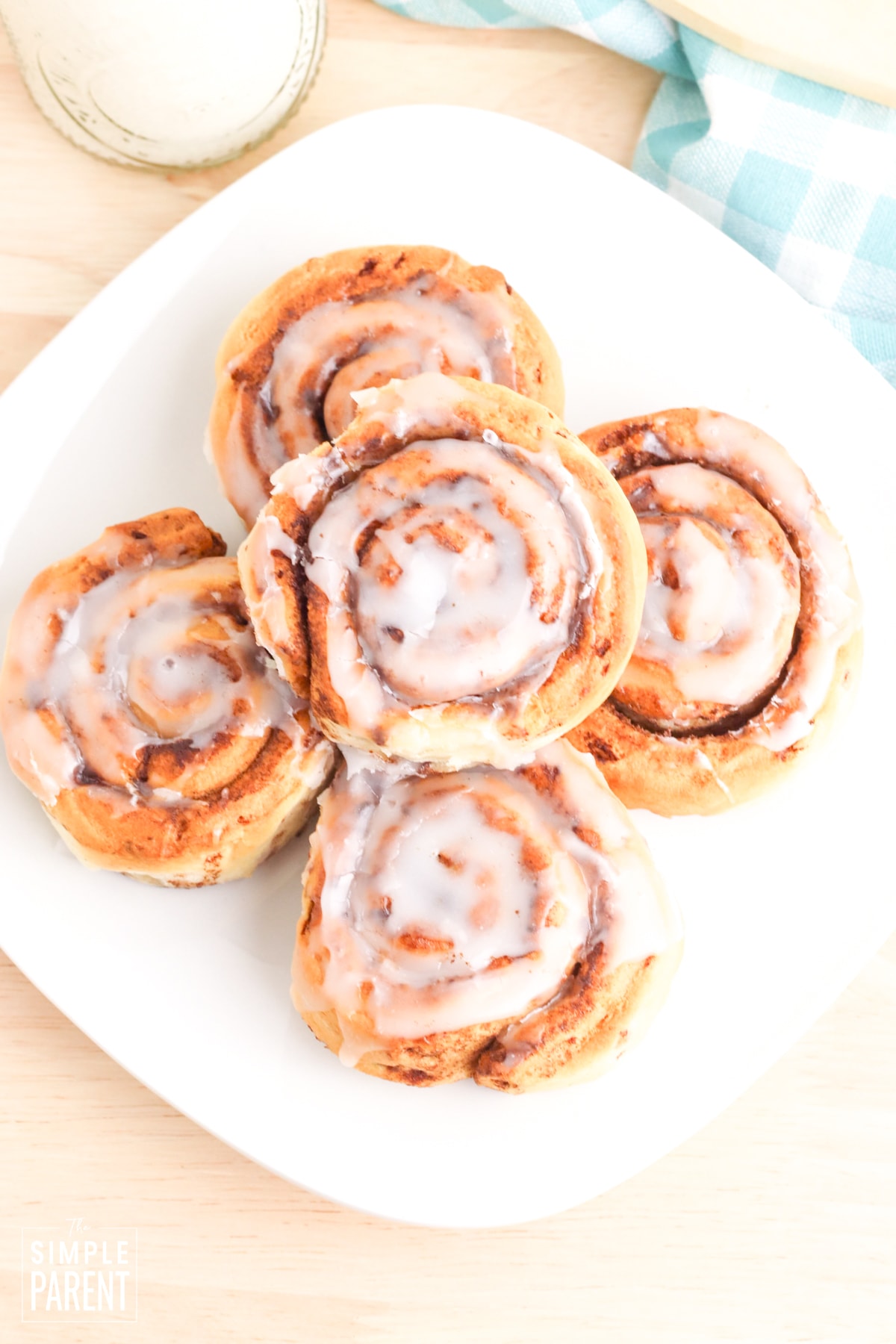 CAN I MAKE PILLSBURY GRANDS CINNAMON ROLLS IN THE AIR FRYER?

WHAT TEMP DO YOU PUT CINNAMON ROLLS IN AN AIR FRYER?

This is the best question! It takes about 10 minutes to bake cinnamon rolls in a 350˚F air fryer. If you’re baking at a higher temperature, then you will want to reduce the cooking time.

So, if you are looking for a quick breakfast, this is it! 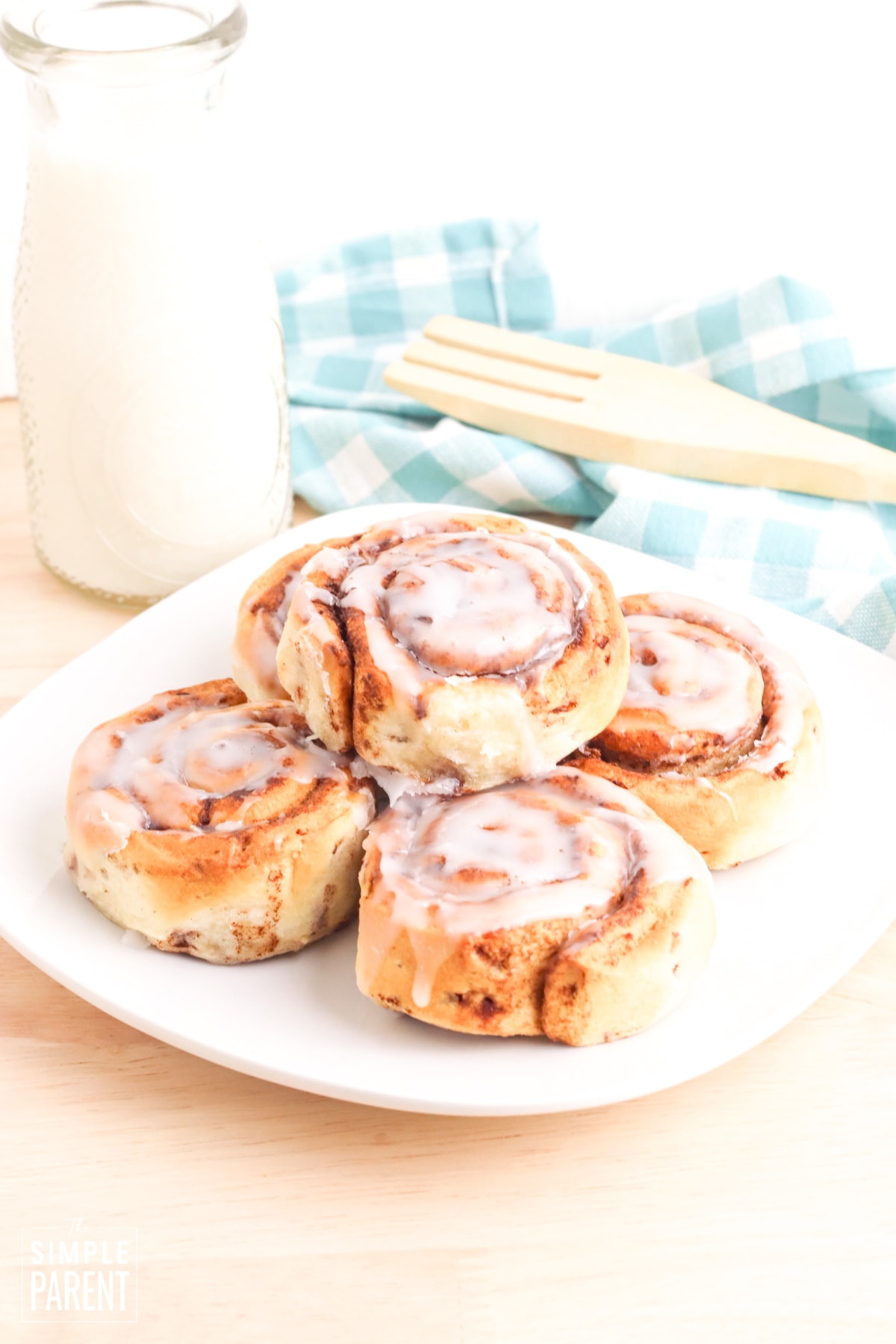 SHOULD YOU USE PARCHMENT PAPER IN AN AIR FRYER?

If you don’t have parchment paper, you can use non-stick cooking spray or a spritz of oil.

Prices pulled from the Amazon Product Advertising API on: 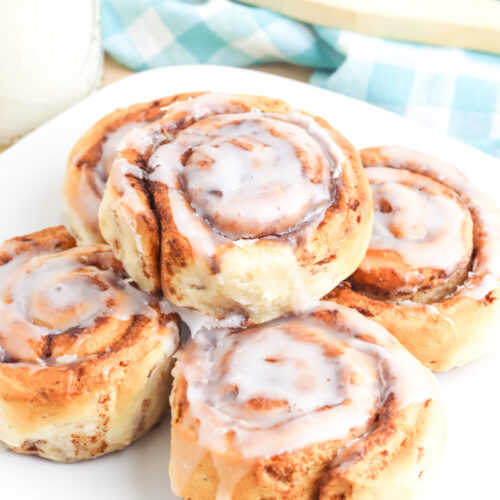 If you’re looking to get an air fryer, here are some of my recommendations!

Prices pulled from the Amazon Product Advertising API on: