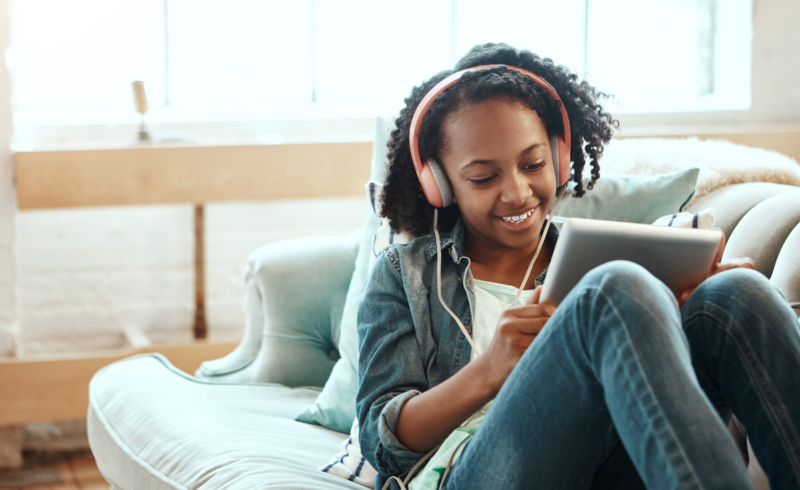 A new study analyzed some of the most downloaded educational apps for kids, using a set of four criteria designed to evaluate whether an app provides a high-quality educational experience for children.

The findings show that most of the apps scored low, with free apps scoring even lower than their paid counterparts on some criteria.

“Parents shouldn’t automatically trust that something marked ‘educational’ in an app store is actually educational,” Zosh says. “By co-playing apps with their children, talking to them about what is happening as they play, pointing out what is happening in the real world that relates to something shown in an app, and selecting apps that minimize distraction, they are able to leverage the pillars of learning and can successfully navigate this new digital childhood.”

According to previous research, about 98% of kids ages 8 and under live in a home with some type of mobile device, like a smartphone or tablet. While watching videos and playing games are popular ways children spend their time on these devices, the researchers say there are also many apps that are not only popular but claim to be educational.

The idea for the study came about when reviewing the top-downloaded apps on the Google Play marketplace for different research, says Marisa Meyer, a research assistant at the University of Michigan.

“We noticed a concerning number of apps being marketed to children as ‘educational‘ without reputable justification or verification of these educational claims,” Meyer says. “Our study was an effort to create a coding scheme that would allow us to evaluate apps marketed as educational and have a framework to verify, or refute, those claims.”

For the study in the Journal of Children and Media, the researchers developed a system for evaluating educational apps based on Zosh’s previous work in the journal Psychological Science in the Public Interest, which used decades of research on the science of learning to uncover the “pillars” of learning—or the contexts and traits of truly educational experiences. In that piece, Zosh says, “we explored how these pillars might give us insight into how to leverage new technology to create truly educational experiences for young children.”

In the current study, Zosh and the other researchers tested the apps children are actually using against these pillars to uncover what today’s apps are doing well and where they struggle in supporting learning in young children. The researchers deemed an app high-quality based on how it performed across each pillar.

“The first pillar is to facilitate active, minds-on thinking in the children—asking them to question, guess, evaluate, and think deeply, rather than simply tapping or reacting to on-screen stimuli,” Zosh says. “The second is that it helps children stay tuned into the learning at hand, rather than distracting them with overwhelming sound effects, flash ads, and gimmicky rewards.”

The researchers say the third pillar is that the app contain relevant and meaningful content that facilitates a connection of app-based learning to the user’s external world.

Finally, the fourth pillar is that the app provides opportunities for social interaction, either in-person or mediated by the screen.

The researchers analyzed the top 100 children’s educational apps from the Google Play and Apple app stores, as well as 24 apps most frequently played by preschool-age children in a separate longitudinal cohort study. Each app was given a score of “0” (low) to “3” (high) for each pillar. Apps that had a combined score of less than five after adding the scores for each pillar were considered low quality.

Because these apps might not provide high-quality educational experiences for kids, they risk parents choosing them over other activities—such as reading, physical activity, or pretend play—that actually could be more beneficial, the researchers say.

The study has implications not just for parents, but for app developers, as well, Meyer says.

“If app designers intend to engender and advertise educational gains through use of their apps, we recommend collaborating with child development experts in order to develop apps rooted in the ways children learn most effectively,” she says.

“We also recommend that app designers and app stores work with child development experts to create evidence-based ratings of apps, so that higher-quality products with fewer distracting enhancements can be easily identified by parents.”

The National Institute of Child Health and Human Development helped support the research.

This post was previously published on Futurity.org and is republished here under a Creative Commons license.

The post Top Learning Apps for Kids May Not Live up to Their Promise appeared first on The Good Men Project.