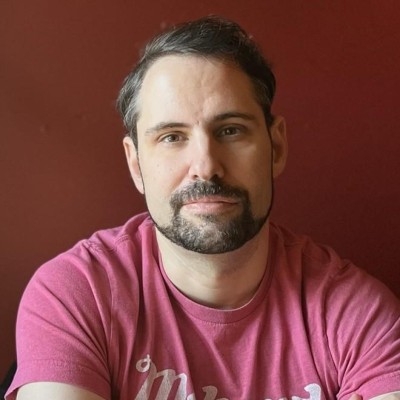 It’s only in the past decade that portable PC gaming has become attractive, practically speaking. Though laptops have been running simple games for decades, if you wanted to step into anything graphics-intensive, that once involved buying a big tower PC and a monitor — and “portable” gaming meant hauling that gear to a LAN party. Recent trends, however, hint that portable tech — tech that can be easily carried or even worn — is poised to take control.

On a basic level, better components have made it easier for laptops and other portable devices to achieve acceptable performance. AMD and Intel’s integrated GPUs are still a little weak for 3D games, but today they’re sufficient, especially if you limit yourself to older titles. Mobile graphics cards from AMD and Nvidia have reached a threshold where they can run any triple-A desktop game, often with minimal sacrifice in fidelity. And in 2021 many gaming laptops are VR-capable — which is pretty astounding for those of us who remember PCs struggling with transparency effects in Windows Vista.

Portable designs are meanwhile becoming easier and cheaper to build. PC chip manufacturing processes have shrunk to a standard 7 or 10nm, down from 14nm as recently as a few years ago. This means greater performance from smaller chips, and by extension less power consumption. Combined with more efficient lithium-ion batteries and a switch to flash storage, it’s possible to build portable gaming rigs that no longer weigh a ton or run out of battery in an hour. Furthermore, 5nm manufacturing should become commonplace in the next few years, despite Intel still limping toward the 7nm mark.

If it enjoys even modest success, Valve’s upcoming Steam Deck — which uses custom AMD chips — could herald an era of hyper-optimized portable gaming PCs. While not every PC maker is going to want to go handheld, there’s an obvious market for cheaper, more compact devices that focus on gaming — essentially consoles. In fact, both the PlayStation 5 and Xbox Series X are based around AMD architecture, so the only things keeping them from being “true” PCs are Sony and Microsoft. Valve, of course, will have to overcome its history of abandoning hardware like the Steam Link and Steam Machine.

The tech universe is going portable Several cultural factors are pushing PC gaming in the portable direction. One of these is a shift towards remote work, particularly in the wake of the pandemic. Though that might theoretically favor desktop sales, the truth is that many people need the flexibility to work wherever possible, whether it be in a hotel, a coffee shop, or simply in a quiet room away from the kids. Wherever a work computer goes, so too does someone’s gaming PC, in many cases.

In fact there’s a growing number of gamers with kids, as the Entertainment Software Association backs up, and those people have added time pressure. It can be difficult to find the hours to play anything when children need baths, dinner, or help with school. Portable devices let parents squeeze in gaming whenever it’s convenient.

The world as a whole is also accustomed to the idea that tech should be portable. Many people can get by with just a phone. Even when they have the money for more, they’re frequently buying laptops and tablets. A stationary PC can seem archaic, regardless of whether its performance mops the floor with the competition.

The world as a whole is also accustomed to the idea that tech should be portable.

The potential for portable designs is hard to ignore. The Steam Deck should offer the convenience of a Nintendo Switch, but access to a larger, more diverse library of games. Indeed Valve was presumably inspired by the Switch’s runaway sales, as well as the popularity of mobile gaming in general. There are people who have only ever played hits like Fortnite, PUBG, or Apex Legends in their phone incarnations.

The Oculus Quest 2, meanwhile, may not be the first thing that springs to mind when it comes to PC gaming, but it does enable portable VR without a $2,000 desktop or laptop attached — a glimpse of the future. It’s easy to imagine a more PC-like Quest 4 serving as someone’s only gaming rig, maybe even their only computer. The Quest 2 is already capable of many work and video streaming functions via apps and the web.

Cloud services like Google Stadia and Xbox Cloud Gaming could further reduce hardware barriers, allowing even the cheapest and smallest devices to run photorealistic graphics by pushing rendering and storage to server farms. The main catch is bandwidth — with many ISPs providing uneven coverage or onerous data caps, it’ll be a while before the cloud is 100% reliable. We also need a subscription that provides a good selection of PC games for a single monthly fee, preferably with the option to play them offline. That doesn’t exist yet. One of the main things slowing down the portable shift is simple: heat. High-end laptops get notoriously hot, to the point that companies like Razer spend an outsized effort on cooling. Heat caps performance, whether directly or in terms of design limits. Gamers don’t like touching burning metal, and a machine that overheats may shut down to prevent damage.

Prices can’t be ignored either. Mobile processors are expensive, something that nudges many enthusiasts towards desktops. A tower PC will always be the more cost-efficient option, since its makers don’t have to worry as much about cooling or miniaturization. Laptops, moreover, usually require external docks and drives to deliver the same connectivity and storage, and those accessories may not be plausible for handhelds or VR headsets.

It’s similarly hard to get around interface issues. A mouse and keyboard are such an advantage that cross-platform games often separate PC and console players. Laptop owners may only need to add a mouse, but the closest other devices can get (if they’re not docked) is a trackpad, touchscreen, and/or software keyboard. There’s a reason people who want to get things done prefer a laptop or desktop — preferably hooked up to the largest monitor they can afford.

When will portable PCs take over? Don’t expect desktops to vanish completely or overnight. On top of cost and performance advantages, there’s a dedicated fanbase that treats them like works of art — consider the masterpieces displayed on Reddit’s r/pcmasterrace forum. Whatever portable PCs may be able to achieve, desktops will continue to have a special appeal.

In the years to come however, that special appeal may be similar to how CDs, cassettes, and vinyl still appeal to some music lovers. If they can afford it, the average person is going to go with the best balance between convenience and quality — which, for PC gaming, increasingly means portable.