Transportation in Japan is the most convenient bytrain. Cheaper than taxis and easier to use than buses, trains are taken by huge numbers of people every day ordinarily.

However, the Japanese train system is also notorious for being difficult to navigate. With quirks like the same train stopping at different stations depending on whether it is a weekday or the weekend, even Japanese people have trouble getting the right train sometimes.

Apparently, many visitors to Japan have made mistakes like getting on a rapid train and overshooting their intended stop.

To help with this problem, we would like to introduce useful information about Japanese trains. 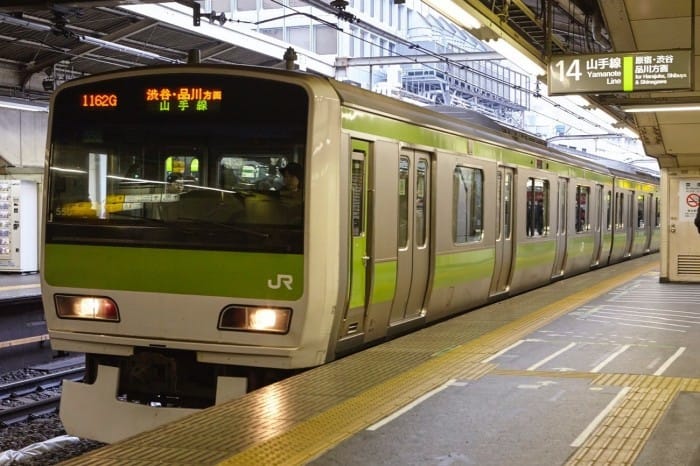 There are several railway companies that operate train lines within Tokyo, all of which have their own routes and symbols.

Of these companies, JR (Japan Railway) has the largest reach. Many travelers take the JR, so knowing the different kinds of JR city trains will serve you well. You can distinguish between different kinds of trains by looking at the electronic notice board on the platform.

Trains With No Special Fares

普通 (Local): These trains stop at every station.

快速(Rapid): These trains stop at fewer stations than local trains.

通勤快速 (Commuter Express): These trains run during peak commute times in the morning and evening, and stop at fewer stations than rapid trains; they are used on routes such as the Chūō Line, Keiyō Line, and Saikyō Line.

特急 (Limited Express): This train stops at the fewest stations, and will get you to your destination in a flash. You have to pay an additional fare to ride a limited express train.

There are various kinds of trains on private railways. Master the various types for the most comfortable journey possible.

普通 (Local): These trains stop at every station on their line. Some local trains may be indicated on signboards as 各駅停車 (“this train stops at every station”), as well, so pay attention.

準急 (Semi-Express, Local Express): These trains stop at fewer stations than local trains, but are more frequent than rapid trains.

快速 (Rapid): These trains stop at fewer stations than semi-express trains, but, with a few exceptions, they are more frequent than express trains. You can ride these trains with just a regular ticket.

急行 (Express): These trains stop at fewer stations than rapid trains, and typically run more frequently than limited express trains. In most cases, you can ride express trains without paying special fares, but there are exceptions.

特急 (Limited Express): As noted above, this train stops at the fewest stations. In most cases, you can ride limited express trains without paying special fares, but there are exceptions.

If you arrange the train types according to how few stops each one makes, it goes like this: limited express > express > rapid > semi-express > local.

There are also types like the commuter rapid train during rush hour, and the holiday rapid train, which runs on weekends and holidays, so be careful.

Things To Note About City Routes

The Yamanote Line links the stations of Shinjuku, Shibuya, and Tokyo, so it’s indispensable for sightseeing. The Yamanote Line forms a ring around the city, so you need to be aware of the direction you’re heading, and whether you should take the inner loop or the outer loop.

Be sure to confirm whether you should be riding the inner or outer loop, so that you won’t make any unintended detours.

The Chuo Line connects Tokyo, Shinjuku, Nakano and Kichijōji, among other stations.

Kichijoji, popular as a residential neighborhood and home to Inokashira Park, is accessible via the Chūō Line.

Japanese railway systems are quite complex, but if you get the hang of them, you can have a very efficient trip. First, remember the different types of trains, and have a comfortable journey in the city.

We recommend using a Suica card (a prepaid IC card) for smooth travels (available to reserve online). The Japan Rail Pass is also useful for those traveling between Tokyo and Kyoto, and making another trip on the Shinkansen. For those in Tokyo, the Tokyo Subway Ticket provides all-you-can-ride privileges on the Tokyo Metro and Toei Subway in 24-, 48-, and 72-hour increments.

Suica And Pasmo IC Cards - How To Purchase Your Own