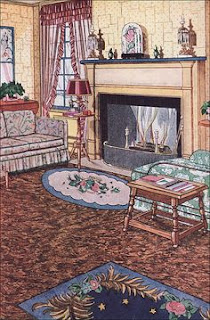 It was a lovely week overall last week...Despite the heavy rains on Sunday and again on Thursday which threatened to wash out our roadway entirely and left the river at winter rain levels of high.  The days in between however, were sunny and nice and the air was laden with the scent of honeysuckle, privet and china berry blooms.  Sneeze worthy air that smells delicious!  I love this moment of spring above all others.  Pecan trees are also blooming and that, my dears, is where my allergies come in again.  After they are done, I should be clear of allergy symptoms until sometime in autumn.

It was a good week for work.  While I didn't get the seeds planted, I did pot up tomatoes and bee balm, some green onions I'd rooted, and lots of tiny baby basil plants as well as several houseplants that desperately needed new soil.  As of Saturday(today) everything is looking lush and healthy.  The only issue is that one tomato plant will need a larger pot but the one I have it in was all I had at the moment.

Josh loved his study on roaches. Bess suggested the Madagascar Hissing Roach which interested him mightily and then he was curious about Madagascar.  So we'll be studying more about that country and it's flora and fauna this next week.   I've put away the Easter Eggs and pulled out the Melissa and Doug Abacus to help him do his math equations.  I made flash cards and not only did he read the sight words without an issue, we made simple sentences with the words and he liked that so much he asked if I'd make another set for his house.  Homeschool successes boost both our egos!

I didn't plant seeds nor paint plant pots last week but this week I'm determined to go ahead.  For one thing we're not meant to have any rain this week, and if we do it shouldn't be torrential rain such as we have had.  As for the painted pots...I discovered that I don't really have any pots worth salvaging to paint them.  They are all broken or cracked plastic and paint isn't going to do a thing for any of them.  Duly noted.

Besides that though the week went along just fine with all things accomplished and all but one meal made from the planned menu.  All in all, I'll call it a good week! 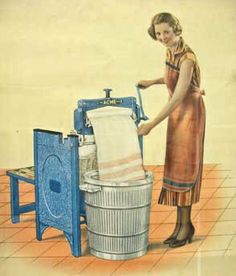 I started cleaning the front porch railings this past week and decided that is another job that can be done in small bites to accomplish the whole.   I've talked over the back porch with John.  He suggested we enclose the whole thing to prevent it being such a difficult to clean area.  I suggested we paint it all grey so that the mildew isn't as visible.  We have neither plywood nor paint at present so we'll settle for cleaning it again this year.

Rearrange potted plants and determine which ones I can move where.  I want a pretty yard, as I always do.  I looked longingly at all the lovely plants outside Kroger on Friday.  I have coleus seed and marigold too, I think.

Update on my wintered over plants: bougainvillea and Mandevilla both did great.  Boston Fern...it really needs to be trashed.  It's putting out a few tiny fronds but mostly it looks pretty horrid.  I've pruned it back hard but it just ain't pretty and there's no other way to say it.

Indoors, I've cleaned almost all the kitchen cabinets.  I'm going to continue that task and finish it off.  I've talked it over with Katie and think I'm going to use chalk paint on them and then seal that with  a clear sealant...but that's a future project when shopping is normal once again.  In the meantime, I'll probably just let the cleaning suffice.  Then I'm going to work on the insides of the cabinets.  I have lots of pretty vinyl paper that I'd love to use on the insides just because it would be pretty to look at.  Also paint...I have paint.  It will be a pleasant surprise to open the doors.

I neatened up the house clothes drawer the other day but I really need to cull some of the shirts that are looking a little too stained and worn for anything but the nastiest jobs and painting.  I've an excess of shirts in my closet and I think some of those will move to the house drawer.  I'm wearing one now that I pulled from the closet this morning which I've had for three years now.  I love this shirt.  Why not enjoy wearing it at home?

Homeschool two mornings this week and maybe possibly one day keeping the boys while Bess takes Millie for her check-up.  John is working two days this week as well, so I'll likely get a load of things accomplished if I get just one of those days all to myself and if I get two I'll be beside myself with plans!

I have the new pantry shelf unit.  I finished putting it together on Friday before going off to see Mama.  John needs to check over my work to make sure I've got it right.  And then I'm going to organize my pantry afresh.  It will be a good time too to take stock and determine where to concentrate my stocking efforts in the coming months.

And that is enough since it is all in addition to the usual three meals a day and clearing up after plus routine housework tasks. 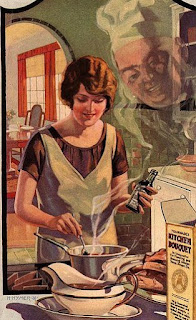 Remember when I said I was bored bored bored with the meals I've been making?   Well it's no wonder.  Is say the same thing each year when a new season rolls around and then I apparently make the exact same meals I've made every year in the new season.  Sheesh.  So this week I've taken time to research some of the meals we have only very rarely via my own shared recipes and to look for some new ideas, too.   I won't make the mistake of trying lots of new recipes in one week's time as I find that too often one might be a hit and three might be a disaster.  I'd rather spread disasters over weeks of time instead of all in one week.  It shatters my cook's ego to have too many fails at once!

My criteria for new recipes to try: no new or unusual or one use ingredients.  I don't have a problem with new ingredients but I have two weeks in this pay period to go before we can buy anything else so pantry staples are what we must rely upon.  I'm over my budget and I have no desire to really blow it and don't want  to venture into a grocery again in the week ahead.    I don't mind retro recipes as long as they sound tasty.  They must be budget friendly.  Just because I have cheese on hand, I don't necessarily want to use 24 ounces as one recipe stated that I'd recently viewed.  That's a whole lotta cheese for a dish that isn't even lasagna!  Nor do I want recipes that rely on higher cost meats or vegetables.

I'll put an asterisk by any recipes that are new ones.

Chicken Chow Mein, Egg Rolls, Orange Slices
This will use the 2nd Teriyaki Chicken breast I cooked late last week and spaghetti will substitute for the Chinese noodles.

Shepherd's Pie, Fruit Hash
Both of these recipes will use up some ingredients.  I have leftover mashed potatoes, so that will be used to top the meat pie.  And the fruit hash calls for marshmallows. I have some older ones on hand that are a little sticky but they will work fine in this fruit salad recipe.  I'll substitute yogurt for the sour cream called for in the original recipe.

Turkey and Pear Salad, Rolls
When I worked, I used to occasionally go out and get a rotisserie chicken breast, a pear and a bag of salad to make a couple of days lunches for myself.  Mama gave me some deli turkey that is sliced fairly thick and I think I want to replicate the old work lunch.  I'll use canned pear slices.  I liked to add  blue cheese crumbles and walnuts and a fruity vinaigrette dressing.  This sounds so yummy to me at the moment...I can't wait to make it!

'Emily in Paris’ is bringing a free Parisian experience to NYC
Dec 08, 2022