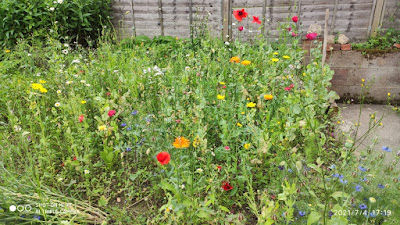 A busy weekend and a successful one too, marked the beginning of July, and a two-day break that literally flew by in a flash.  The primary objective was a pre-booked trip to the dump or, as it is properly known, the Waste Transfer Station (WTS). It was something that had been at the back of my mind or sometime, and when it actually came to it, the whole process a lot easier than we’ve been led to believe.

As with many people, the two lockdowns gave me the opportunity for a good sort out of items that had accumulated in various corners of Bailey Towers, and the three main areas were the summerhouse, the garden shed and the greenhouse – ranked in descending order of importance. I had made several lists, that I eventually merges into one and then gradually added to. 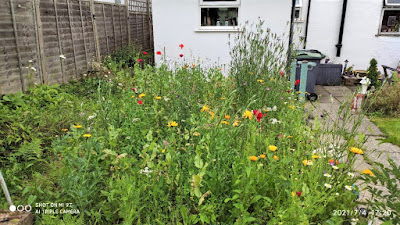 So far, so good, but there was then the problem of having to book a slot in advance. It was here that the horror stories of a six week wait had first started circulating at work. I would be needing son Matthew’s help with both the loading and the unloading of the car, with the former proving, as forecast, the most arduous, but as he only discovers his roster, a week in advance, that part of the process was looking rather difficult.

It was only after looking on the KCC website that I discovered there were plenty of available “slots” at our nearest WTS, at North Farm, Tunbridge Wells. I booked a slot for 12.30pm on Sunday, knowing that Matthew had the day off from work, and whilst this involved giving details of my postcode, vehicle registration number, make and model of vehicle, the whole process was surprisingly easy. 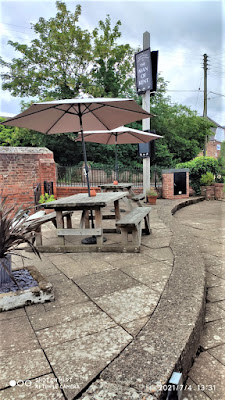 After the seemingly obligatory shopping trip, most of Saturday was spent locating, sorting, and then loading into the back of the car, items ranging from a rusty old wheelbarrow, a garden table and chairs, a fold-up bed and mattress, an old computer, plus a rather large CRT type television. The latter was by far the heaviest and the most cumbersome, so I left that until Sunday morning, when Matthew was available to help. I managed the other items, by myself, although it did take most of the afternoon.

I needed Matthew’s help to carry that CRT television down the stairs, and for a heart-stopping moment, I thought it wasn’t going to fit in the back of the car. Fortunately, it did, following a spot of moving things about, so fully laden we set off for the tip.

Unloading the car and throwing the various items of accumulated household “junk” into the appropriate container took far less time than the sorting and loading. There was also something strangely satisfying about the whole process, especially when you know as many of the various “waste streams” are actually recycled, so mission accomplished, we drove back towards Tonbridge, but not before checking out the location of, and the parking arrangements for the vaccination centre, where Matthew was due to attend, for his first Covid vaccination. 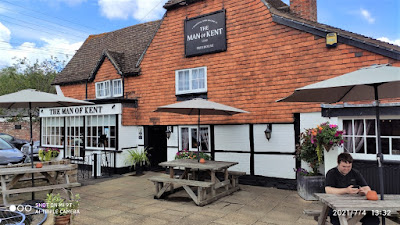 The Tunbridge Wells Reserve Army Barracks is conveniently sited next to the town’s swimming pool and sports centre, so knowing where he had to attend on Tuesday evening, with dad acting as chauffeur, meant Matthew knew where he was supposed to go. Afterwards, we decided that a pint would be in order, but which pub should we choose, bearing in mind that many would be busy with the Sunday lunchtime dining trade.

Matthew suggested hoovering the back of the car out first, using the allegedly powerful pay-as-you go vacuums at the Three Elm Lane, BP garage to the north of Tonbridge. There is something about the pride young boys take in the appearance of their vehicles, that is the complete opposite to the older generation, so I went along with his idea, only to find that the vacuum machine we pulled up alongside, was hopelessly under-powered. 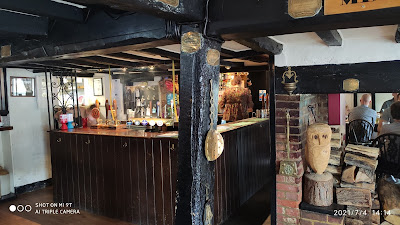 We gave up on that idea, after wasting a quid, and decided that the nearby Carpenter’s Arms might be worth stopping at. A look at the extensive carpark, that was full to capacity, told us otherwise, so we continued along the road towards East Peckham.  The Bell at Golden Green, looked OK, but with the flags flying for the football, had the appearance of a real locals’ pub.

Nothing wrong with that, as Life after Football will tell you, especially if you want to soak up and revel in the banter, but if, like us, you just wanted a quiet drink, then probably not the right place. Instead, we drove on, until we came to the Man of Kent, at Little Mill – a pub that received a brief mention in last month’s post about the nearby Bush, Blackbird & Thrush. 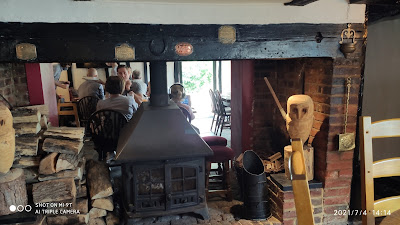 As luck would have it there were spaces in the car park, at the rear of the pub, so after utilizing one of them, we approached the front of the pub, as the notices instructed, and waited for someone to attend to us. That didn’t take long, and although we were informed that all the tables inside the pub were fully booked, there were plenty of spaces outside.

This suited us fine, and we chose one over-looking the stream (actually the River Bourne), that runs alongside the pub. As the name “Little Mill” suggests, there was once a mill nearby, on the opposite bank of the stream. Suitably seated, and our contact details taken – I’ll be glad when this nonsense is over, we ordered our drinks.  From a choice of Tonbridge Coppernob or Harvey’s Best, I chose the latter. Matthew asked which lagers were available, and on hearing the name “Guinness,” inextricably chose a pint of the “black stuff” because he thought Guinness might brew a lager. 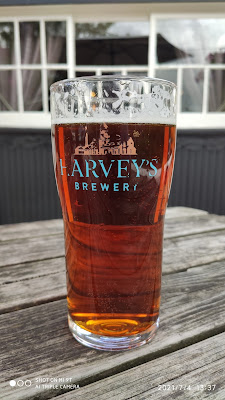 They do, of course, but it’s called "Hop House," so quite why the barman chose to rope Guinness Extra Stout in with the lagers, is beyond me. Matthew enjoyed what was almost certainly his first pint of Guinness, and ended up buying the round as well, after my card was declined twice. I had the same problem in Waitrose, on the way home, although my payment did go through with chip and pin.

We spent a pleasant half hour or so, enjoying our drinks out on the riverside terrace. I popped inside, ostensibly to use the facilities, but more so to have a look at the pub interior. The low ceiling beams inside the 16th Century Man of Kent, are definitely a case of “duck or grouse,” even for a shortie like me, but the pub was pleasantly full with diners, enjoying their Sunday lunches.

It was good to see the pub busting and full of people enjoying themselves, after the lean period of the past 14 months. It was good also to renew my acquaintance with this historic and picturesque old inn.

Footnote: photos of discarded or unwanted household items, don't exactly add to a post, so instead, I've included a couple of shots of our wildflower garden. This corner of the garden has really come into its own, following a slow start, due to one of the driest (and coldest) Aprils on record.