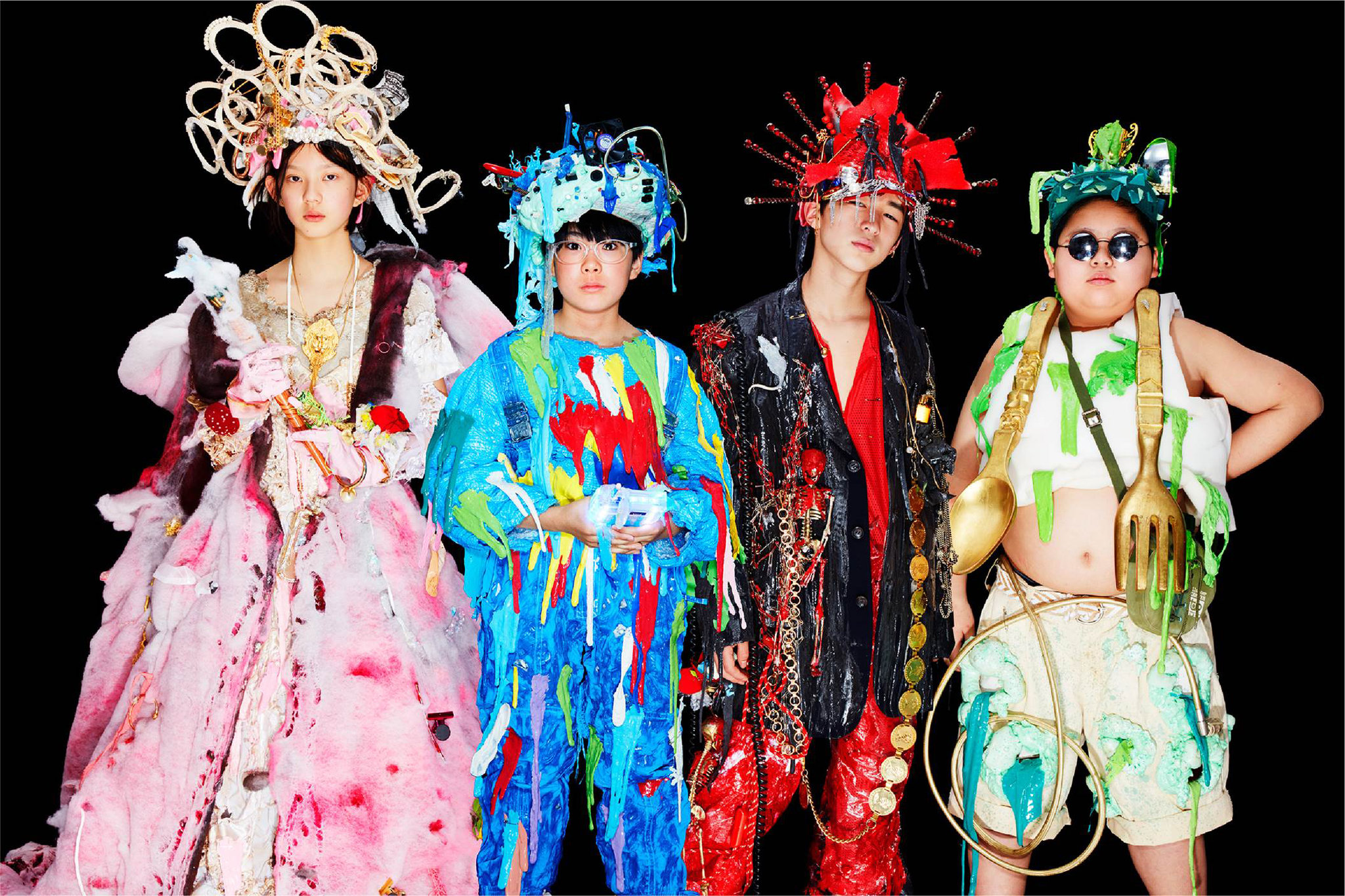 What an exhilarating ride We Are Little Zombies is, and what a wryly exuberant exploration of childhood trauma. It washes over you in a way that is quite hard to describe, scene after scene filmed to near-maximalist brim with design and energy, whether the movie is blasting you with neon color or dropping you into a fish bowl.

The pitch version of this story is “four Japanese orphans form a rock band,” but the reality of the movie is something else entirely. It opens with four orphaned 13-year-olds meeting at a crematory, watching what could be their respective parents’ ashes blowing out of the smokestacks. They all agree that “reality is too stupid to cry over” and bond over being “unemotional people,” making jokes and teasing each other, before going on an adventure that takes them from crime scenes to the top of the charts to a naval-gazing journey through their own lives. Director Makoto Nagahisa tells his story through the structure of an 8-bit video game, then blends it up into a frenetic whirlwind of color and sound and fast-paced editing until it resembles something more akin to a modern Jean Luc Godard by of The Wizard of Oz–or perhaps Scott Pilgrim vs. the World by way of Neon Genesis Evangelion.

The end product is reminiscent of these, but something entirely Nagahisa’s own. He crafts a child’s-eye view of the world, but never neglects the sort of terrifying darkness that lurks in every kid. We Are Little Zombies brings back one’s own memories of childhood trauma and the ways it gets incorporated into one’s worldview, mixing with candy-coated commercials and favorite video games. There’s a totality in Nagahisa’s vision throughout, even if that vision is something nearing a Dadaist approach of meaningless chaos. Each aspect of this movie represents this approach, whether direction, music, cinematography, editing, or costume. The outfits that the orphans wear in their band are simply repurposed trash and junk converted into brightly colored costume, a presentation of the chaos of childhood trauma and how it’s artifacts can simultaneously be displaced into productive expression yet also reduced into a marketable output of one’s identity.

The overbearing presence of adulthood proves to be the primary roadblock to this band of orphans, particularly in the way these children are continually asked to act in a way that conforms to adult expectations. Whether being annoyed or exploited or beaten by them, adults constantly want these children to bend to adulthood whims and modes of living. Chastisement and ostracism are the only response to children who don’t do as they are told, act as their directed, or feel a way that adults think is “right.”

These “zombies” instinctively know that the adults around them are alienated from their emotions, even if they can’t quite verbalize it. Adults in the movie tend to remain on the sidelines, and when their presence is felt, they are awkward or creepy or controlling–many are simply bodies roleplaying sadness at a funeral or moving through train stations on autopilot. The orphans choose to weaponize this emotionlessness–or perhaps, this performative emotion–in a way that shields them from the demands and expectations of the adult world, which only seems to care about them when they’re doing the wrong thing.

Yet, even though they make it to the top of the charts, this too proves meaningless, and they and their trauma becomes another thing consumed and tossed aside by the masses. It turns out that being consciously free from the emotions adults expect–crying at your parents’ funeral, for instance–doesn’t necessarily free one from traumatic experience.

And this is what the frenzy of We Are Little Zombies and Nagahisa attempt to capture and reveal: processing trauma is meant to be freeing, not limiting. On the journey Nagahisa takes the zombies and us through, much of it concerns authenticity and authentic emotion. Although he uses chaos as his mode of expression, Nagahisa is conscious of the ways that rolling with the chaos can help reveal meaning. And that a journey into the unknown, into the very edges of trauma, might resemble plunging into a seemingly uterine depth–a void that means something different for everyone or perhaps means nothing until we decide it does. The journey that the orphans take is certainly one of chaos; however, We Are Little Zombies uses the chaotic noise and flash to simply make the quiet decisions of processing trauma all the more revelatory by comparison.

Streaming is no substitute for taking in a screening at a locally owned cinema, and right now Boston’s most beloved theaters need your help to survive. If you have the means, the Hassle strongly recommends making a donation, purchasing a gift card, or becoming a member at the Brattle Theatre, Coolidge Corner Theatre, and/or the Somerville Theatre. Keep film alive, y’all.