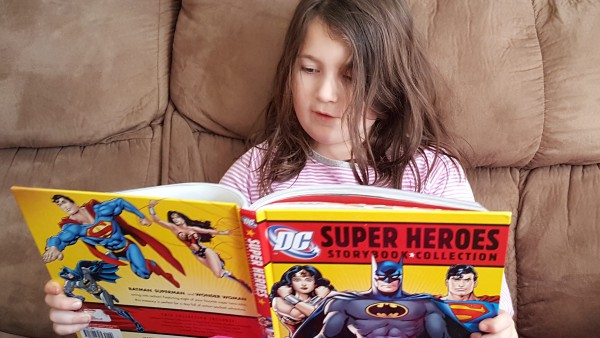 I’ve always considered myself to be a pretty intelligent guy. I’m not genius level, many would probably say that I’m not quite as smart as I sometimes think that I am, and I’ve met many stupid people over the years that also considered themselves clever, but academics were never a struggle for me. My wife would undoubtedly make the same claims about herself, and I’m inclined to agree with that assessment. ( Told you I was smart. )

With such sterling genetics it was hoped that our daughter would be as equally brainy. Early indications were that she was, her pediatrician even going so far as to predict that she would cure cancer one day. It seemed a pretty heavy responsibility to lay on a three year old, but we were proud nonetheless.

Her kindergarten teacher seems as though she might recommend pursuing a different career path. A very pleasant woman that Alaina adores, she sent home a reminder this week that by month’s end, two days away as of this writing, she should be able to count to 100 unassisted and identify 80 “sight words”. These are commonly used words that are memorized so that they can be automatically recognized without having to sound them out or use other reading strategies. The idea is that since these particular words make up 75% of early reading material, the child is then allowed to concentrate on comprehension and the meaning of particular sentences.

According to the letter we received, Alaina can currently count to 29 and knows 42 sight words. We were encouraged to keep working with her and continue doing her flash cards every night.

Was I concerned? Did we spend the whole weekend cramming for her next testing? Not with weather like this. 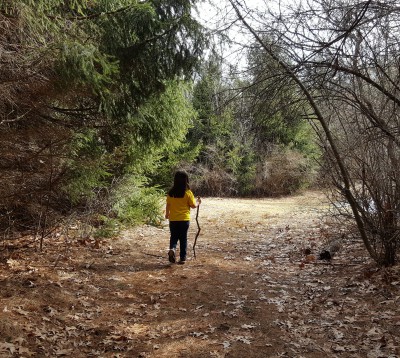 great day for a hike

My daughter starts talking approximately thirty seconds after opening her eyes in the morning and stops about thirty seconds after they close at night. It was a welcome change Thursday morning when the school run was a relatively quiet one. Before exiting the truck she informed me that there were 48 raised circles on the back seat floor mat, a number I quickly verified. Four rows of twelve circles. Why she had spent the ride counting them I couldn’t say.

She still gets where and were confused, this and these. She’s rightfully frustrated about letters that sound differently depending on what they are paired with or are sometimes silent. Their and there and right and write really piss her off.

They won’t be on the test, but she’s known “pow”, “vroom”, “smash”, and “up, up, and away” since she was two. She can identify every hero and villain in the DC Universe and about half of Marvel. While scrolling through the television guide list she can read what ‘s on all fifteen of “her” channels. Don’t bother trying to tell her that Spongebob isn’t on right now. She’ll see those two S’s from across the room. 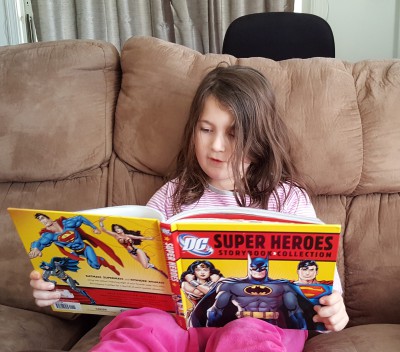 great day for a hike

She loves books. She loves being read to, loves making up her own stories for the pictures and calling it “reading.” She hates flash cards, sitting still, and being momentarily separated from her classmates to be quizzed. If she thought for a second that other kids knew more words than she did, her competitive nature would have her at 200 by the end of the week.

I’m not going to tell her that though. I understand the need for a quantitative means of evaluating teachers and early identification of children that may require extra attention going forward. What I don’t understand is the need to place academic pressure on a five year old. She won’t be getting that from me.

This post was previously published on ThirstyDaddy and is republished here with permission from the author.
—

Talk to you soon.

If you believe in the work we are doing here at The Good Men Project and want to join our calls on a regular basis, please join us as a Premium Member, today.

Need more info? A complete list of benefits is here.

The post Not So Smarty Pants? appeared first on The Good Men Project.