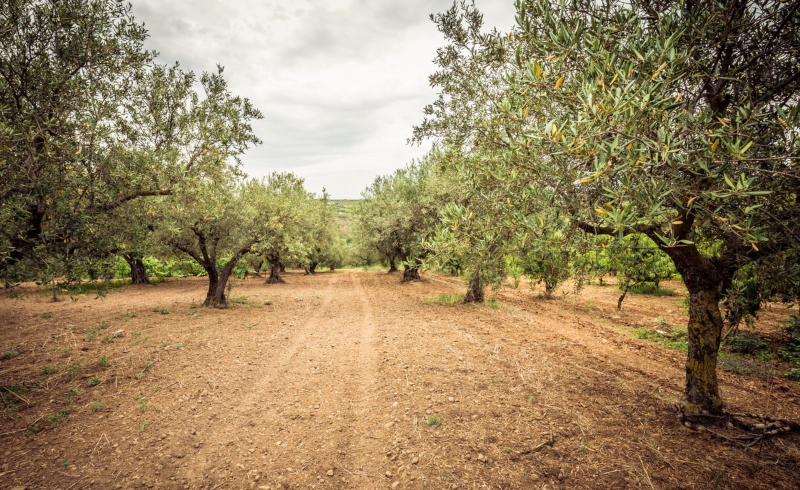 By Doga Celik and Arzu Geybullayeva

In Turkey, two new decisions announced by the government are facing a backlash amid concerns that they endanger the local environment and people’s livelihoods.

On March 1, the Ministry of Energy and Natural Resources published a new regulation in the Official Gazette announcing the opening of olive groves to mining activities. And on March 5, the Ministry of Environment, Urbanization and Climate Change made amendments, for a fourth time, to a regulation governing natural protected areas (national parks, nature parks, environmentally protected zones, and wetlands), opening these areas for mining, and construction. The regulation on olive groves removes any obstacles to mining activities in areas registered as olive groves, for the purpose of meeting the electricity demands of the country.

Faced with criticism, the Ministry of Energy and Natural Resources said the trees in olive groves will be relocated to a new area instead of getting cut and that mining companies will be responsible for “planting new saplings for every olive tree that is moved,” reported Hurriyet Daily News. The Ministry also said that affected olive groves would be rehabilitated once mining activities were completed.

Several NGOs, political parties and celebrities voiced their discontent following the announcement of the new regulations. Lawsuits have been filed by a number of opposition parties, including IYI Party, SOL Party and CHP, at the Council of State, Turkey’s highest administrative body, to cancel the decision.

Critics of the new regulations such as the Foresters’ Association of Turkey president Hüsrev Özkara, believes that it won’t be possible to restart olive cultivation in the affected areas. According to Özkara:

According to reporting by Turkish online news site Bianet, the decision to open olive groves to mining comes amid an ongoing court case filed by the local residents of İkizköy village, which is situated near the Akbelen forest in Turkey’s southwestern province of Muğla. In a decision approved by the Ministry of Agriculture and Forestry in April 2021, some 740 decares (740,000 square meters) of forest land were handed over to the electricity company YK Energy to mine for lignite. According to local environmental groups, at least 100-150 decares (1oo,ooo-150,000 square meters) of that area is occupied by olive groves.

But it is the changes announced on March 5, that are the most worrying, wrote academic Utku Perktaş in an opinion piece arguing that the decision to open “sensitive areas, i.e. protected areas and areas that are important for nature, reserved for scientific studies and are not allowed for construction to infrastructure investments” will unleash such extensive damage that it would have an impact on generations to come. “With the current amendment in the regulation, we are irreversibly bringing a sustainable natural life to an unsustainable level, that is, destroying it. We have to protect our natural areas in the age of crisis that we are in,” warned Perktaş.

Indeed, Turkey has been hit hard with natural and environmental crises in the past few years. Last year alone, drought in the Lake Van basin caused thousands of flamingoes to die, while a substance called “sea snot” covered the coasts of the Marmara Sea for months, making the seashore unusable. In August of last year, some 240 wildfires raged through areas along Turkey’s southern coast. Shortly after the fires, Turkey’s Black Sea region was hit by flash floods and mudslides caused by torrential rain. Local experts have voiced criticism over the government’s lack of a comprehensive and holistic climate change policy and excessive construction projects which disregard environmental damage.

“The government continues to encourage coal mining and has been recklessly promoting construction in coastal areas, often at the expense of forest land and natural ecosystems,” wrote journalist Asli Aydintasbas in a piece for The Washington Post on August 4, 2021. “Recently, the government changed the long-standing law that prohibits construction and development in forest land to allow building in some parts.”

On March 7, 2022, the Union of Turkish Bar Associations (TBB) filed a lawsuit to challenge this decision. In a statement published on TBB’s website, the association said, “The recent amendments regarding mining management and protected areas show us that the government disregards court decisions and is creating a new wave of capital transfers towards mining, energy and industrial agricultural companies especially.”

Following the announcements of the new regulations in the Official Gazette, protests erupted in various parts of Turkey.

The first protest was staged in Balıkesir, Burhaniye. Numerous organizations, including EGEÇEP, Ecology Association, Ayvalık and Balıkesir Environmental Platforms and Kazdağı Association for the Protection of Natural and Cultural Assets gathered to autho a joint press release. The groups claim the new regulation goes directly against the law No. 3573 “on the Improvement of Olives and the Vaccination of Wild Wildlife” (the “Olive Farming Law”) published for the first time in 1939. This law, has “played a key role in the protection of olive groves until today.” The organizations that gathered in Balıkesir said in a statement:

We will never accept this death warrant for our olive groves. We will not sacrifice the sacred and immortal olive tree to coals, quarries and mines. Our country is one of the most important ones when it comes to raising olives and olive oil. Thousands of our farmers depend on olive to survive. We export olive oil. Olive is the tree for the poor, bread for the hungry.

Other associations have made announcements as well. Association for the Support of Contemporary Living promised to pursue the issue and sue the perpetrators at the Council of State.

The homeland of olives is Anatolia. Our olives grown on our land are our national existence; is our economic, natural and cultural wealth. Our trees are not our property that we can use as we wish, they are entrusted to us by future generations.

If you fight nature recklessly, you will get your answer. The money you earn by destroying mountains will one day end, but trees will stand tall forever.

The nature and earth of this country’s is not owned by anyone but its people. It is our duty to protect our nature, to defend it.

I’m against the regulation regarding opening olive groves for mining with all my heart. Olive groves symbolise life. Olive branches mean peace. Olive trees shall never be touched.

This post was previously published on Globalvoices.org and is republished here under a Creative Commons license.