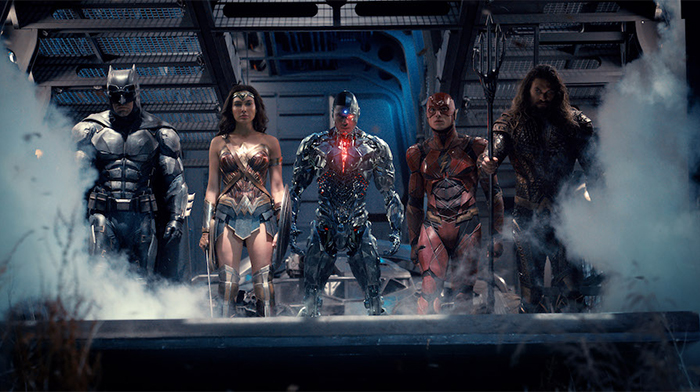 With the unexpected release of Zack Snyder’s Justice League wrapping up a messy and fraught period of the studio’s attempt to get their own superhero cinematic universe up and running, the fits and starts of Warner Bros.‘ live-action DC Extended Universe doesn’t need to be rehashed here. Producer Charles Roven has been there from the beginning, helping to oversee Christopher Nolan’s The Dark Knight trilogy and taking a new direction with Snyder spearheading DC’s fledgling franchises. But in some bad news for fans, Roven admits that a Justice League sequel likely won’t be in the cards for awhile.

Speaking with The Hollywood Reporter in an extensive profile timed for the release of The Suicide Squad, Roven was asked about how he chooses the DC films he works on. His revealing answer gives some insights into the inner workings of the studio’s thought process back when Batman v Superman was first in development and was expected to expand the property in the same way that The Avengers did for Marvel. Roven explained:

Given that so many of these movies were in early stages of development at roughly the same time, it wasn’t feasible for any one producer to try and split time between each set. This organizational structure makes a certain amount of sense in that light, but the real money quote comes when Roven tosses in a reference to future Justice League films that might be in the pipeline, almost as an afterthought:

“But [I] still have an affiliation with some more Suicide Squads, which I’m thrilled about. I hope James [Gunn] will, when he’s got some time, come back and see if he’s going to do another one of these, because he did such an amazing job. I would definitely be a part of that. Probably another Justice League, although I think that’s a number of years away.”

If the divisive reaction to Batman v Superman was a setback to the studio’s plans for DC, then the absolute critical thrashing and box office underperformance of 2017’s Justice League put the future of DC’s superhero team on life support. The ripple effects are apparently still being felt as the studio apparently feels more time needs to pass before trying to deliver another Justice League movie. The studios has opted to focus on the individual heroes of the team again, with Aquaman 2 and The Flash now in production.

From one standpoint, it would probably benefit audiences to get to know these characters a little more on their own before smashing them together in another universe-ending extravaganza. From another, it’s more than a little disappointing that the studio hasn’t been able to properly handle what should’ve been their most valuable property.

The dark cloud hanging over all of this, of course, are the disgruntled fans who haven’t yet accepted that Zack Snyder’s interpretation of these characters is over and done with. Any new Justice League movie is sure to be met with renewed petitions and online campaigning, no matter how much time has passed. It’s a mess, no doubt about it, and one largely of WB’s own making. It’ll be interesting to see how long it takes for another Justice League sequel to finally get off the ground.

The post ‘Justice League 2’: Producer Thinks Sequel is “A Number of Years Away” appeared first on /Film.