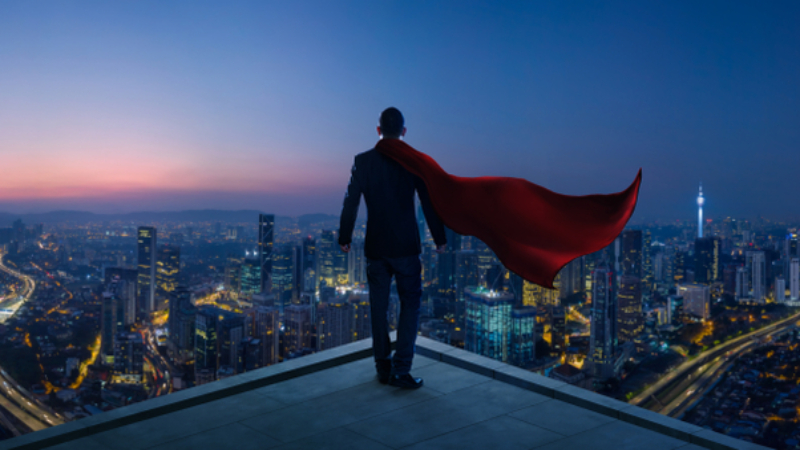 Billy has come back to his small English hometown after a stint as a war photographer. He has joined his family’s newspaper staff, which is run by his brother Roman, who is trying to breathe new life into the small publication. But Billy feels like working on the village paper is beneath him, where the biggest story so far is a mysterious vegetable produce slasher.

But when the brothers decide to stake out a garden to catch the courgette slasher in action in hopes of landing a big story, Billy confronts the damage of his past and has a chance to reconnect with Roman.

Written and directed by Max McCabe, this amiable short comedy is a riff on the great tradition of small-town stories lived with cheekily outsized stakes and emotion. Elements of the whodunit and an affectionately satirical portrait of English village life make up part of the storytelling mix, but the real heart of the story comes from the relationship with the two brothers, whose opposing experiences and desires become reconciled through misadventure.

The comedy comes from the paradox of taking something small seriously, and in this particular village, it’s a “courgette slasher.” (That’s zucchini to those more familiar with American English.) Someone is getting revenge for a town council battle by slashing the garden produce of those who voted a particular way on a recent resolution, and the village paper is hot on the trail.

The writing has a lot of fun with sprinkling the details of village life through the witty dialogue, but it’s delivered with such wryness and quicksilver pacing that it’s never over the top or too screwball. The rhythm and tenor of the film remain similarly low-key, which brings the characters to the fore. Former war photographer Billy is charged with taking dramatic photos for social media and publication, and he’s brought low by the task.

His past work has also given him PTSD, and he’s also depressed, which the film handles with equanimity. Actor Dylan Edwards plays Billy’s mental health struggles with straightforward precision and an understatement that allows his travails to sit seamlessly within the comic milieu. It allows for a moment for the brothers to bond and opens up a much-needed conversation between them that brings them closer. And when the courgette slasher shows up, they can finally work together as a unit to bring him down.

“Hometown Hero” has a sincere message about men and mental health, but it’s gently folded into a delightful British comedy that ripples with ironic wit, affectionate satire and just a touch of mordant humor. It offers not just an entertaining story, but a small, comforting slice of the world where the biggest news event is a series of smashed squashes. But the film is also aware of the collateral damage of a larger, more complex world, and it offers a sweetly hopeful portrait of a community and relationship where there’s openness and kindness to help healing, along with a dose of laughter.

got a suspect oh yeah

and you say that your whole crop’s been

ruined this time gwen look at it

we’ve got a few wide shots

gwen can you just stand in the middle

there with the most damaged courgette

oh that is mangled how about the biggest

courgette that was damaged

it’s him you know mr bowie

the thing is you can’t really print that

he’s had a beer in his bonnet ever since

they took away his traffic cone okay i

think we got it i think cone outside his

because he thinks he deserves a disabled

got a bad heart

gwen are you able to kneel down and

point at some of the damage

okay we got it

he’s in a good mood

we’re very lucky to have billy back

is that why he’s got that limp

but he’s smashing his new role well i

know your dad is very proud of you both

of new life into it you know get the

yeah but he thinks he’s overqualified

and he the thing is

being in a war zone isn’t necessarily

all it’s cracked up to be

sheen to keep us busy

how are we looking bro

did you get some candid stuff yeah we

definitely got it covered ah it’s not

look we’ve got all the angry pointing

stuff we got the score the story it’s

we’ve got a suspect without any evidence

all we can print is

we need to blow this thing wide open

take him out yes billy we catch you in

yes billy we hide in the shed and wait

for the taliban to come the courgette

a steak out we’ll catch him doing it

no no that’s a mad idea but it’s perfect

the attacks have consistently been

he’s clearly desperate to return to the

scene of the crime if we say it tonight

we’ll almost definitely get him the

how much longer do you boys need i want

to get back in time for casualty gwen

if you had to guess who do you think the

slasher would hit next

mr creswell the head teacher of the

school he’s the only one that voted

against the traffic code that hasn’t

and his murrows are just coming up

we’re gonna stay here and stake up the

suit yourself if you’re still here when

it’s finished i’ll be back with a flask

of tea thanks gwen

great working with you

no no it’s a mad idea we’ve inherited a

readership of about zero dad has no idea

what state it was in when he left it to

us but he would kill him to see the

not silly billy look if the paper dies

we can just move on with our lives

this is the only job i’ve ever known

you’ve got that much to show for your

big career as a war photographer is it

a bit of ptsd in a maybe from the

guardian picture asking you back here at

there’s always a job for you to come

billy this could save the paper

for the ptsd thing

i shouldn’t have said it

you know trying to keep the paper

it’s good to have you back you know

you’re the only one with any real

you’re the only one who gets it

i think i resented the fact that you’re

trying to get away from it

did we get this flash

did you see in january we ran an article

i just emailed it to you but basically

it’s 2019 men are talking about these

things now it’s from you

what do we do

i put it to you mr bowen that you are

the nor sheen courgette slasher you deny

my readers want answers i’m giving you a

chance your side of the story that’s the

bow when why are you slashing everyone’s

roman is dying there’s some space in the

shed we could bury him

i know this guy no one’s going to miss

can you hear me just stay with me okay

well how well do you know sheen

yeah the allotment’s behind saying

just going to pop you into a recovery

they say is he still breathing

is there another number for dead bodies

or is that you guys as well

see in a bit

an ambulance is coming anyway

how the photos turn out