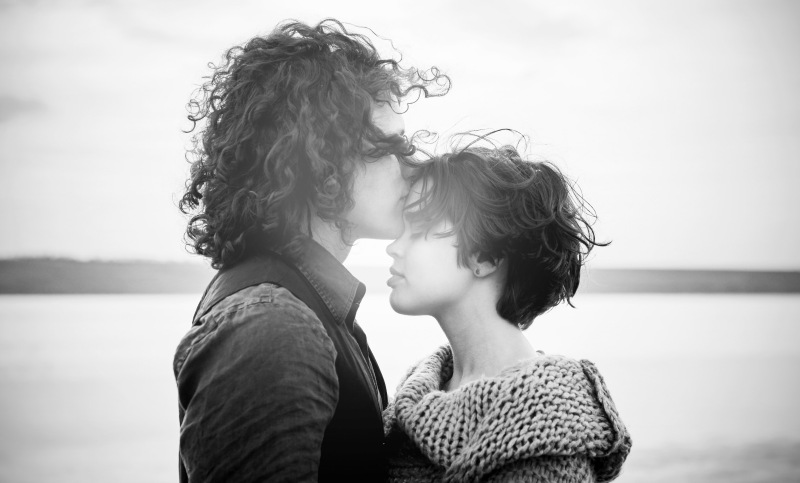 My partner asked me an interesting question the other day.

We had been laughing about the ins and outs of our relationship and we’d eventually stumbled onto the topic of sex, as we always do. I jokingly made a comment about our current sex life, to which she responded:

“Would you stay with me even if we never had sex?”

Instinctively, of course, I said I would stay. Sex isn’t the only thing that matters in a healthy relationship. Or it shouldn’t be, at least.

But the more I thought about the question, and my answer, the more I began to question myself. Could I honestly survive a relationship without sex?

After all, sex is one of the most pleasurable aspects of a relationship. Sure, companionship is great, but there’s no denying the physical act of lovemaking is one hell of a bonus. Suddenly, my quick-as-a-flash response didn’t sound so certain in my head.

Ultimately, I believe I would wholeheartedly choose to stay with my partner if we never ‘got busy’ under the sheets. But could all couples say the same about their significant other? Could you?

Is sex important in a relationship?

According to a study from 2015, an active sex life does hold some significance in the health and well-being of a positive relationship. However, the same study was also quick to note that sex was not the be-all-end-all of unions between loving couples.

From a personal standpoint, I believe sex is rather important in relationships. But not for the reasons you may think. Beyond the obvious orgasms, sex has a whole host of roles to play in terms of keeping both parties in a relationship happy and healthy:

This is only scratching the surface, too. So if you think the only reason you have sex is to make yourself or your partner feel good, think again.

There’s no denying the pleasurable aspect of sex remains an essential part of many couples’ weekly routines. However, depending on the people in question, one partner may suffer more as a result of sex being taken completely off the table.

Are you both on the same page when it comes to sex?

I’m not ashamed to say I have a much higher sex drive than my partner. I’m more of a once-a-day type of guy, whereas she’s more open to being flexible with her sexual timetable, leaving days between sessions.

We’re able to manage this pretty well through effective communication, amongst other things. But other couples might find the difference in sex drives utterly shambolic.

If you aren’t on the same page as your partner about the frequency of which you should be having sex, or if one party is much more sexually charged than the other, it can lead to some unwanted tension.

Heading back to our original question, if your partner isn’t as interested in sex regularly as you are, your reaction could be a pretty good indicator of how you would fare in a sexless relationship.

If your reaction is a totally negative one, that’s nothing to be ashamed of. Some of us are simply wired to enjoy certain things with a degree of frequency. Within reason, there’s absolutely nothing wrong with that. Having said that, sexless relationships aren’t entirely without their merits.

The benefits of a sexless relationship

My friend Dave and I met up for a coffee last week, the first time we’d seen each other since lockdown rules were lifted. He confided in me that his sex life with his wife Mary had hit somewhat of a brick wall over the pandemic. Digging a little further, Dave explained Mary was suffering from a condition called Vaginismus.

In simple terms, Vagninsmus is a condition in which the vagina virtually shuts down, not allowing any sort of penetration whatsoever. It’s an acutely psychological condition supposedly related to trauma or anxiety surrounding the act of penetration, though it appeared for Mary almost overnight with seemingly no reason.

As you can imagine, this made sex a little difficult for my friends. However, Dave also noted that the lack of sex hadn’t necessarily been a disaster. In fact, Dave said he and Mary had felt closer than ever as a result.

Before the condition flared up, Dave said the only time he and Mary ever spent in the bedroom was to do one of two things: Sex or sleep. It’s the same for a lot of couples. But now, the pair were spending a lot more time in bed simply enjoying each other’s company.

They would read together, watch TV together, discuss the news of the day and plan their future. They’d even confide more in each other about the worries and doubts.

In short, the removal of sex from this aspect of their relationship brought them closer together, in a crazy reversal of events.

True, they can enjoy a healthy, sexual relationship other than through penetration, but it’s been surprising to me to see the removal of intercourse benefit them in such a profound and unexpected way.

The pitfalls of a sexless relationship

VeryWellMind states that, on average, couples in their twenties enjoy sex around eighty times a year, which is over once per week. The number was slightly less for couples of other age groups.

If that experience is suddenly whisked away without warning, it could be severely damaging to a relationship for several reasons.

An article featured in Leicestershire Live in the UK listed the following factors as potential negative side effects of a lack of sex:

All things we’d rather avoid. And this isn’t even beginning to touch on the psychological and chemical changes that may arise in our brains through a lack of sex.. . .

So, what would you do?

I wish I could say with absolute certainty that I’d remain in a sexless relationship. I wish the decision was that easy. On the face of it, my initial answer was an easy answer to give. But I don’t believe any of us really know for sure what we’d do unless we were presented with this exact situation in real life.

Sex is a wonderful component of any relationship. While most healthy relationships run deeper than just our physical urges, these urges still have a huge part to play.

Ask yourself the question: Would you remain in a sexless relationship? Look further than your instinctive response as we have done above and you may discover a few things about your needs and desires that surprise you.


Need more info? A complete list of benefits is here.
—

The post Could You Survive a Relationship Without Sex? appeared first on The Good Men Project.