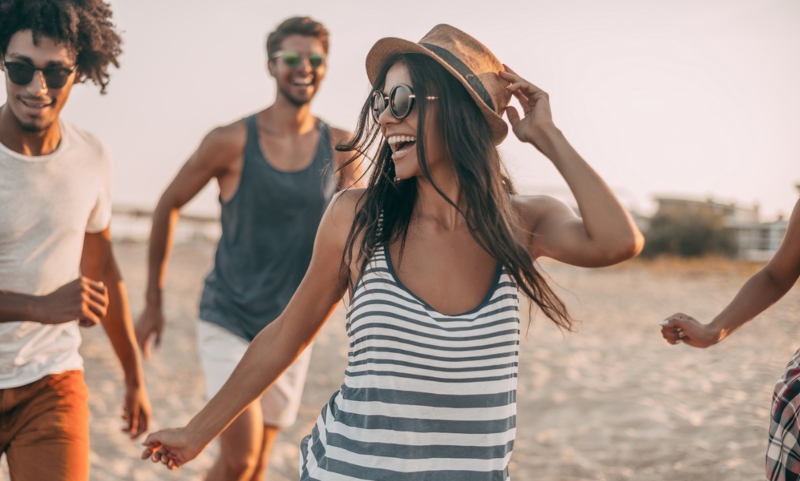 You’re lonely, so you’ve decided to throw yourself onto the digital dating scene. Needless to say, it’s intimidating. It’s like hanging a picture of yourself in an art museum and hoping for a glance when you’re surrounded by Mona Lisas.

So how exactly do you manage to stand out in this of faces?

For example, Business Insider cites a study that reveals users of online dating platforms form quick judgments on how “datable” you are just by looking at your photos. They also explained that “photo-based impressions may influence a decision to contact a potential mate, even after learning other relevant information about [a] person.”

And yes, the facts above can be daunting, but if you follow the tips from online dating experts, you can increase your chances of finding that special someone.

Include more than one photo of yourself.

There are many reasons you should submit more than one picture of yourself to online dating sites.

For example, a single picture cannot display all the different sides of you someone else needs to see to be interested.

In addition, according to Elle, posting only one photo makes “catfish bells ring.” It also increases suspicions you’ve photoshopped or used appealing pictures from the past that don’t reflect your current appearance.

In other words, the less “picture info” you provide users, the less likely they are to take a chance on making a connection.

Lay off the filters.

I know, I know. Filters make you look amazing, and that’s why ninety percent of women use them on their social media feeds. (Men, you know you do it a lot too, right?)

However, the truth is the more “filter fiction” people see, the more doubts they have about your actual appearance.

For instance, online daters who see these types of photos not only wonder how much the photo is lying, they may also infer you have deep-rooted insecurities. And these assumptions may make cost you quite a few swipes.

For example, an article in NBC News relays information from dating coach Eric Resnick, who warns of the dangers of using overly edited photos.

Resnick explains “a visibly filtered face or retouched body could turn potential matches off. He then mentions something already know, which is that “looking different from your photo is not the best way to start an in-person date.”

So, be #filterfree. The matches you make will see the real you eventually. And when the reality is not what they’ve imagined, they’re probably not going to hang around anyway. And this means wasted time that could be better spent finding someone genuinely interested in you.

Though you might think a pout, “duck face,” or come hither stare will win you a date, the truth is smiles are more charming.

“Smiling makes you 14% more likely to be right-swiped, and facing forward improves your odds by 20%. And be sure to have enough photos on your profile to begin with — 81% of users include at least four.”

Dr. Jess Carbino, an online dating researcher for sites such as Tinder and Bumble, states many people don’t smile in photos because they’ve been conditioned by models to think sultry is more “swipable.” However, Carbino emphasizes that smiling is critical for getting right-swiped.

And you don’t need dating experts to tell you smiling people come off as friendlier, more optimistic, and more trustworthy.

So, flash those pearly whites and get added attention.

Go easy on the selfies.

GQ interviewed Sean Rad, co-founder of Tinder, on what makes a great photo. He gave the following advice:

“No more than one selfie on your profile — if any.”

Selfies scream vanity and often make even the most caring person seem self-absorbed.

So instead of posting a selfie, look through pictures of you taken by friends or family. You’ll probably find photos just as enticing. What’s even better is they’re arrogance-free.

Take advantage of the “golden hour.”

OKCupid’s experts reviewed stats and found that user photos taken during “the golden hour” are viewed as more attractive. And professional photographers back up their research.

The “golden hour” or “magic hour” is what photographers call the first hour after sunrise or the last hour before sunset.

Photographers say this is the best time to take great pictures because the sun comes in at an angle and doesn’t shine directly on you.

Adobe cites photographer Jenn Byrne, who explains that while “skin tones get washed out by really direct sunlight,” the “golden hour” diffuses light, creating a “beautiful golden hue” that enhances the look of skin and creates softness and warmth.

We all know these types of provocative photos, and it’s true they can result in a right-swiping frenzy. However, the problem with these pictures is that they convey your interests are more sexual than romantic.

For example, Julie Spira, online dating authority and founder of CyberDatingExpert.com emphasizes this point. She states:

And if that’s all you want, keep those pictures coming.

On the other hand, if you’re looking for something deeper and more meaningful, Spira gives the following words of wisdom:

“Anything that you wouldn’t want your children, your parents, or your boss to see, doesn’t belong on a dating profile.”

Include different looks and settings in your photos.

According to Stefan-Pierre Tomlin, Tinder’s Most Swiped Right Man, it’s essential to show your three-dimensionality and post pictures in a variety of clothing [and settings]. He says that doing this gives users a better understanding of who you are as a person.

Women’s Health quotes online dating photographer Eddie Hernandez, who gives similar advice. He urges you to “use four to six clear photos that show a range of looks, environments, poses, outfits, and expressions.”

Take a photo with your pet.

After a survey of 600 singles, Honest Paws discloses that having your furry friend in your photo “significantly increases [your] chances of finding a potential match.”

Their survey strongly supports the idea of “pet-power,” as “60 percent of respondents said they’re more tempted to match with someone who has a dog in their profile picture.”

This fact is especially beneficial for men.

Samantha Ross, the editor of Romantific, elaborates on the reason for this, stating:

“Men, in particular, can be seen as committed and trustworthy when they are seen with a pet. In some case studies, men with dogs are more likely to be approached as they are found to be charming and appealing. Having a pet also assures a potential partner that you are capable of taking care of another creature.”

Elite Daily corroborates Ross’s statement, revealing results from a survey of online daters which showed “women were twice as likely as men to report finding a potential date attractive because he had a pet in his pictures.”

Most pets deeply love their owners, so I’m sure your four-legged buddy would be more than happy to help you can snag a new love.

You know the old adage that “a picture is worth a thousand words?”

There’s no truer phrase when it comes to online dating.

So give your potential matches thousands of words to help them decide if they really want to get to know you better.

And whether you realize it or not, someone will love what they see when they look at you.

So hang in there, and try some of these tips. I’m crossing my fingers you’ll finally find your one true love.

If you enjoyed reading, you may like my writings below. If you’re interested, you can subscribe to get my articles or join Medium here to have access to my work and the work of other talented writers.

The post 8 Tips From Experts on How To Use Photos To Stand Out on Dating Sites appeared first on The Good Men Project.