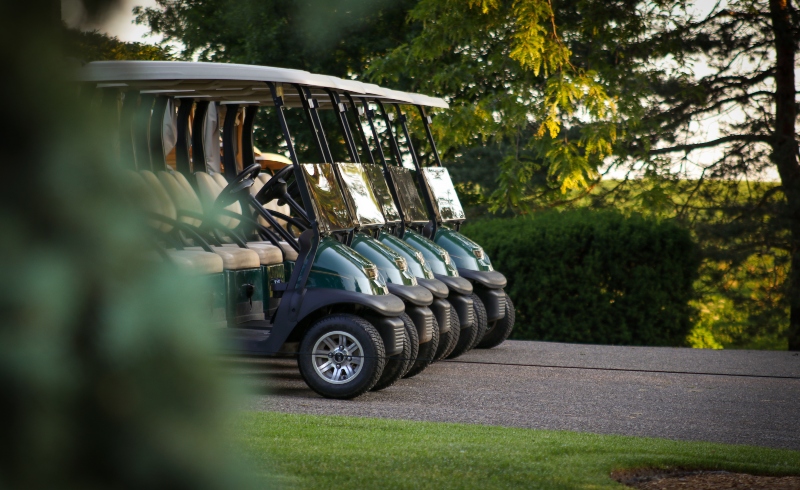 By now, most readers have read up on my strange upbringing. I grew up in an all-white town which had a lot of old money involved in it. The town next to me was one of the richest, snootiest places in New Jersey. I went to private school. So, I hob-nobbed with the nabobs of society.

Among the wealthy, there are two different types of people: old rich and new rich. Old rich are people who grew up in generations of money and get their hooks in life by being high society. New rich are people who made their own — flashy folks like rappers, CEOs of tech startups, and Wall Street guys.

Growing up around the old rich was something that definitely had an impact on me, though I’m not sure what that impact was. Either way, among the wealthy, you start to notice very subtle differences between groups in the upper echelon of earners.

Old money is subtle, and in a lot of cases, you wouldn’t be able to figure out that you’re around them until you see their bank account. Don’t believe me? These subtle signs will tell you whether you’re around old money or not.

1. They stop at two drinks, and only order small bottles for a table.

Among the old rich, you don’t really make a fool of yourself by getting wasted or drinking to much. It’s declasse’. So, you stick to two (very strong) drinks when you’re out and about.

On a similar note, you’ll never see a wine bottle that contains 1.5 liters of vino on an old money’s table. It’s just not done, even if it’s a table with 10 guests. They see it as a bad look.

2. You try to use charge cards rather than credit cards.

Charge cards aren’t credit cards. They don’t carry interest, but they do come with perks. When you are working with old money, they don’t want credit card debt and they sometimes (though not always) think having an AmEx “black” card is flashy.

Rather, they’ll have charge cards to pay their meal. With charge cards, you have to pay them off at the end of every season. It’s a way of showing, “Hey, I can afford this and also use the concierge from my card to book things.”

3. They are actually rather frugal and low-key.

There’s a saying among socialite circles that many people would be wise to hear: “Wealth whispers.”

Old money is not afraid of looking like the guy with little money. I’ve seen them drive Acuras and Hondas when they could easily afford a McLaren. Why? Because they wanted reliability.

They don’t view the money as their money. It’s the family money. Their job is to make it grow and ensure that there is enough in the next generation to go around. That’s why old money lasts for more than three generations.

4. The brands they wear are different and don’t get called out.

See this purse above? Most old money wouldn’t be caught with it unless they just needed something to go out among the regular folks nearby. Why? Because it’s clearly a Gucci bag.

When I went to my friend’s country club, I sat next to a lady and accidentally knocked a drink near her purse. We were able to lift it up in time. My friend looked particularly relieved. I asked her why, and she said that the purse was a designer I never heard of before.

Had the wine stained the purse, a $22,000 clothing item might have been ruined. That was one of the wealthiest people in the neighborhood. I had no idea! It just looked like a shitty beige purse!

5. They do the “so nice” thing from House Bunny if they *really* don’t like you.

So, I don’t know how else to describe it. The movie House Bunny shows this way of rejecting people really well. When old money doesn’t like you, they’ll freeze you out in a way that is super polite but at the same time, very biting.

They do the smiling without actually smiling thing — almost as if they smelled a fart. Their voice does a weird hushed thing as they return to talking amongst each other. It’s a quick gauge and a glance that lets you know you’re out.

Of course, if you’re hired help, things can go two ways. Old money can be amazing employers as far as hired help go. I’ve seen the help get invited to dinner alongside the family.

Obviously, some of them could put a typical Karen to shame when it comes to their meltdowns. It’s 50/50 from what I’ve seen, though actual help’s experiences are probably different.

6. Though they might keep their circles very small, they make a point of staying humble.

Old money doesn’t hang out with many people on the outside of the high wealth arena, but I’ll tell you one thing I did notice: they never talk down to others. Even if you are as broke as this writer typing stuff out, they’ll never make you feel like less of a person.

From what I’ve seen, that tends to be a strictly new money phenomenon. Old money grew up with money. They know cash doesn’t equal morality or your value as a person.
New money hasn’t gotten that memo. They flash money because that’s what they see as value in a person. (Don’t worry, once they realize how hollow basing your life around it is, they’ll come around. Or get addicted to Oxies. One or the other.)

7. They do a lot of volunteer work and philanthropy.

Did you ever wonder why fraternities and sororities insist on doing philanthropy? Or why they insist on doing volunteer work? This is actually a holdover from the tradition of having high society give back to society.

People often conflate having a lot of money with being a socialite. The two are not the same. At times, you can see a flat broke socialite. You also can find people who have tons of money claiming to be socialites, but only really being rich douchebags.

Socialites donate to causes, and not only because of the tax write-offs. They do it to prove that they can give back. Moreover, most of them do some kind of volunteer work in their free time.

8. They are all pretty thin.

So, I happened to only realize this fairly recently. You don’t really see socialites who are heavyset unless they are really famous. Even then, it’s not very common. Ever wonder why this is the case?

Well, it’s because a slender and attractive physique is the ultimate status symbol. Even if you include lipo, the truth is that you can’t really buy a good figure. You have to work out and you have to diet your way there.

It’s a sign of determination and discipline. Moreover, it tends to work well when they have PR photoshoots — which they often do. So, it’s a twofold thing, definitely.

Don’t get me wrong, it’s not all fun and games and they’re not perfect.

There are a lot of nitty-gritty intricacies that people don’t know about living around old money. Image is everything, which means that they often can’t actually talk about how they feel. The sheer amount of work they’re expected to handle can make many people fold, too.

Do I sometimes wish I had those connects still? Sometimes. But honestly, there’s a lot about it that makes me realize I wouldn’t enjoy my time in those circles. After all, I avoid my hometown for a reason.

If you believe in the work we are doing here at The Good Men Project and want a deeper connection with our community, please join us as a Premium Member today.

Premium Members get to view The Good Men Project with NO ADS. Need more info? A complete list of benefits is here.

The post 8 Subtle Signs That You’re Hanging Out With Old Money Socialites appeared first on The Good Men Project.

Samsung’s Sending Cyber Week Out With a Huge Sale on Hard Drives and Memory
Dec 02, 2022

Blog Tour and Giveaway: Beneath His Silence by Hannah Linder
Dec 02, 2022